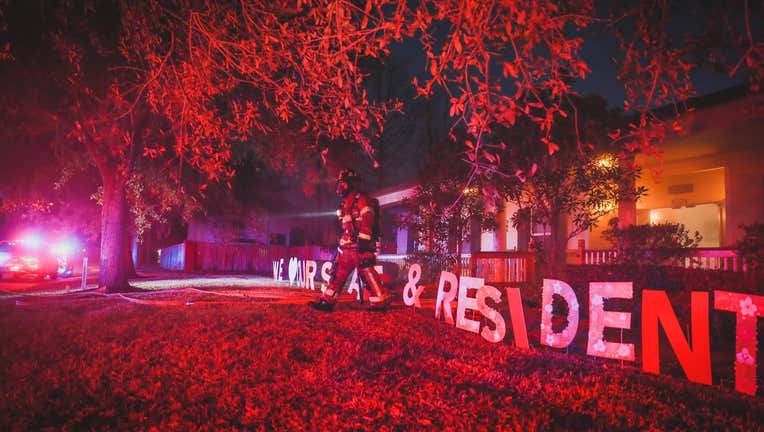 HOUSTON - A resident and two staff members were taken to the hospital after a fire at an assisted living facility in west Harris County, officials say.

According to the Cy-Fair Fire Department, crews responded to a 1-alarm fire in the 8500 block of Copperbrook Dr. at the Autumn Grove Cottage Assisted Living facility on Tuesday morning.

Officials say smoke was coming from the building when they arrived, and there were reports of people trapped.

Eight residents and two staff members were reported inside at the time of the fire, according to the fire department, and one woman was rescued by firefighters.

According to the fire department, the rescued adult female resident suffered smoke inhalation and two adult female staff members were taken to the hospital as a precaution.