FOX 26 has team coverage after one Harris County Constable Deputy was killed and two others were apparently ambushed at a north Houston bar.

HOUSTON - Officers with Harris County Constable Precinct 4 are mourning the loss of one of their own after three deputies were shot in an apparent ambush overnight Saturday in north Houston.

Based on preliminary information, three constable deputies with Pct. 4 were working extra jobs at 45 Bar and Lounge on North Fwy. That's when officials say a witness told deputies of a possible robbery around 2 a.m. The officers were trying to intervene in the alleged robbery when they were ambushed.

One of the officers, Deputy Juqaim Barthen, 26, a 2-year veteran with Pct. 4, was shot in the foot and suffered non-life-threatening injuries. The second officer, Deputy Darrell Garrett, 28, was hit in the back and underwent surgery at Memorial Hermann. 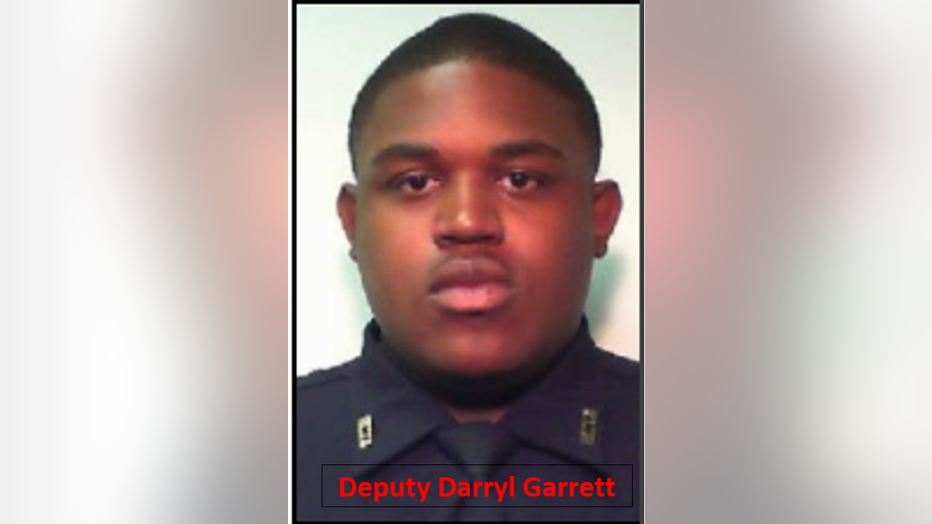 However, the third officer, identified later as Kareem Atkins, 30, was killed. It's unclear if the officers were able to shoot back, as of this writing. We're told Deputy Atkins recently came back to work after being on paternity leave. He now leaves behind a wife and a 2-month-old. 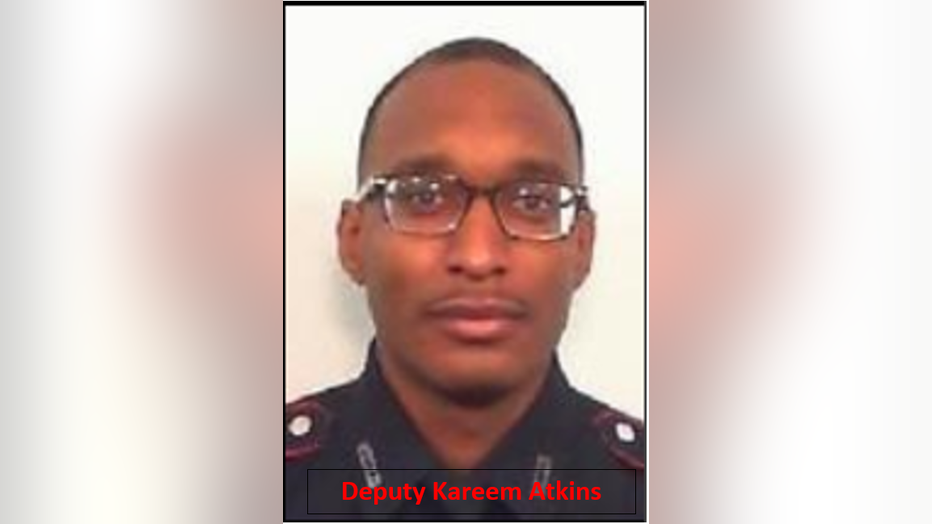 "This is a tough time for pct. 4," Constable Mark Herman with Pct. 4 said. "I'm asking for all our communities' thoughts and prayers for our families." 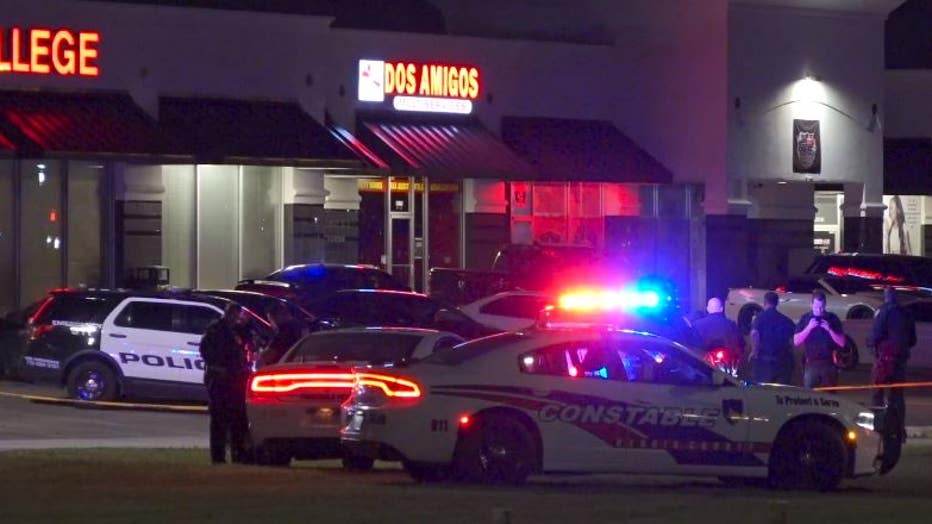 HPD is conducting the investigation and looking through surveillance footage to make an arrest.

"Deputies Atkins, Garrett, and Barthen are true law enforcement heroes that were cowardly ambushed while serving and protecting their community," Constable Herman said in a written statement.

Officials say a possible suspect has been arrested but are investigating if there's a 2nd suspect, as they do not believe he is the shooter.

At around 9:30 a.m. a procession was held for fallen Deputy Atkins and at last check, was at the medical examiner's office. Loved ones also started a GoFundMe for his family.

No additional information was shared but FOX 26 Houston will continue to update this story as it continues to develop.