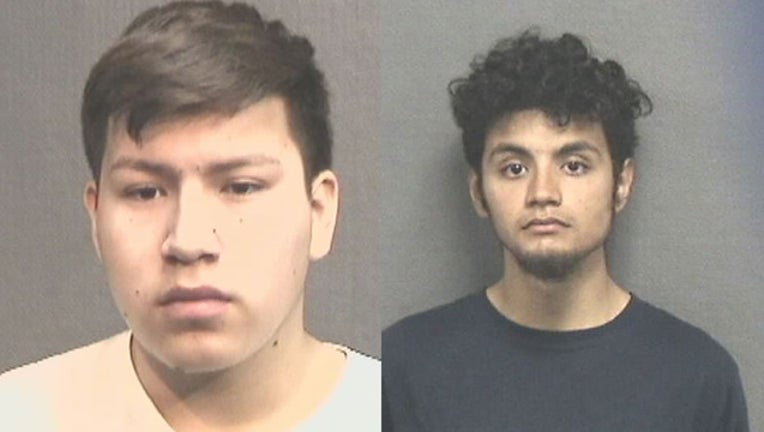 Marlon Valdez, 18, and Rene Moreno, 20, were each arrested and charged with capital murder in the deadly shooting reported on Eastbrook Drive near Glenstone Street on Thursday.

The shooting suspect used a high-powered rifle with a 30-round magazine. A 23-year-old man and an 18-year-old woman were also injured in the shooting.