Witnesses say the violence is unusual in the neighborhood. A lot of the guests were underage and drinking.

HOUSTON - Two people were shot at a house party in northwest Harris County overnight Sunday and remain in critical condition.

It happened in the 8800 block of Baskove Drive.

A round of gunshots rang out just after 1:30 a.m. Sunday. Harris County Sheriff’s deputies said it happened after a fight escalated at the house party.

According to Sgt. Robert Johnson at the Harris County Pct. 1 Constable’s Office, the house party got out of hand and the confrontation happened in the backyard of the home. 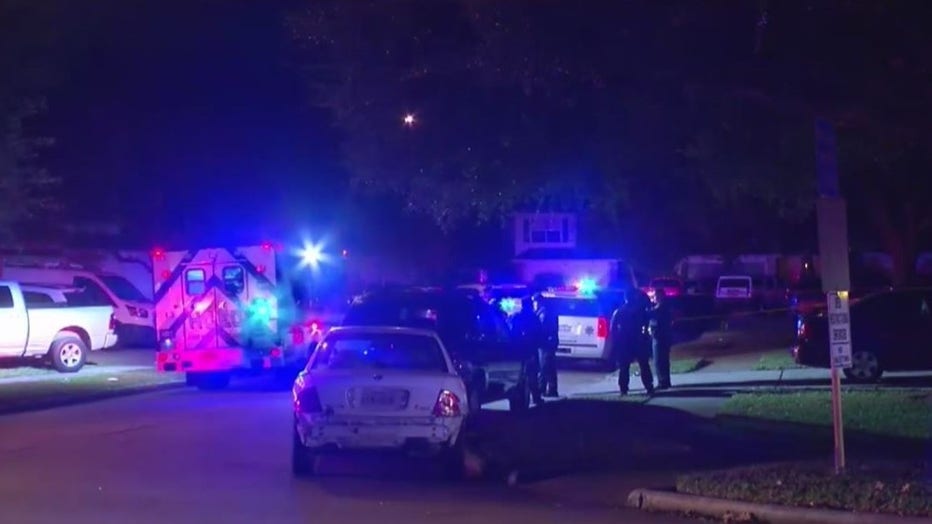 Investigators said one man was shot in the head and another woman was struck in the eye. The two were believed to be boyfriend and girlfriend.

Deputies believe there were roughly 40 to 50 people at the party, many of whom, were underaged and drinking.

The homeowner, 46-year-old Margalidia Avila, was arrested for providing alcohol to minors. Avila bonded out later that day.

Leon Mills has lived in this neighborhood for 20 years.

“My wife was actually the one that woke me up, asking, 'Did you hear all those gunshots?' And I had just gone to sleep,’” Mills said.

On Sunday morning, Mills and many others woke up to beer cans and plastic cups littering their yards.

“There were a lot of teenagers and apparently alcohol was served and usually that's a bad combination,” Mills said.

Mills said that kind of violence is unusual for a neighborhood that consists mostly of families and young children.

“Last night we saw a lot of cars going through and driving really fast. They were loud cars. So we knew they were teenagers. But normally the kids are out playing. It’s just a quiet, close-knit neighborhood,” said Mills.

Investigators said they’ve received conflicting stories of what happened at the party.

At this point, investigators do not have any suspect information and no suspects are in custody.

Anyone with information is urged to call the Harris County Sheriff's Office or Precinct 1 Constable’s Office.