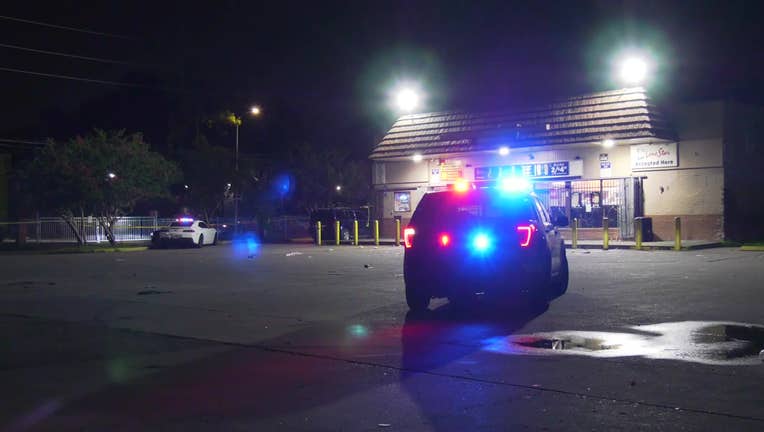 The Houston Police Department investigates a shooting on Northborough.

HOUSTON - Houston police say two vehicles were involved in a drive-by shooting that wounded two men outside of a convenience store.

The shooting was reported around 12:50 a.m. Monday in the 13300 block of Northborough Drive near Rushcreek Drive.

Officers arrived and found a man in the parking lot with an apparent gunshot wound to the back. The officer applied pressure until EMS arrived on the scene. The man was taken to the hospital.

Police say an officer went to the hospital to try to gather more information and was notified that a second victim had arrived at the hospital by private vehicle.

According to police, it is believed that the two men were in the parking lot with several other people when two vehicles drove by. Police say shots were fired from both vehicles, striking the men.

Authorities are reviewing surveillance video to gather a description of the vehicles. The shooting remains under investigation.