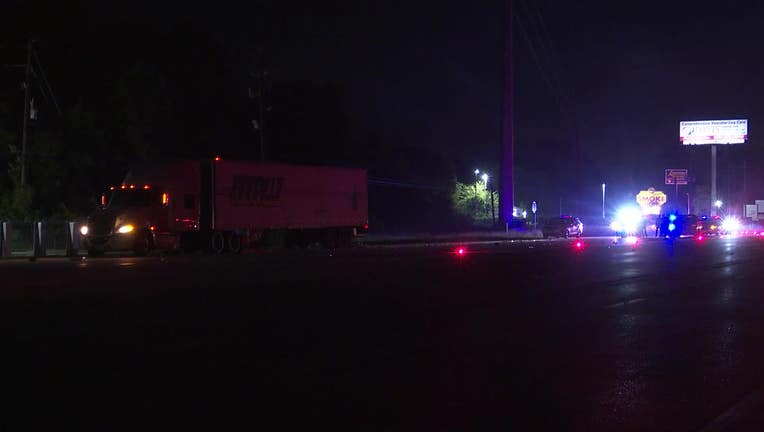 The Harris County Sheriff's Office investigates a deadly crash involving an 18-wheeler and another vehicle.

Harris County deputies say two men died when their vehicle crashed into an 18-wheeler that was making a U-turn.

The sheriff’s office says the 18-wheeler was traveling eastbound and was in the process of making a U-turn to go back westbound, while a Kia was traveling westbound in the outside lane.

Deputies say the Kia went under the 18-wheeler, and the two occupants died at the scene.

The driver of the 18-wheeler remained at the scene. Authorities say he did not show signs of intoxication.

The sheriff’s office says a witness reported that the Kia was driving without headlights. Deputies also said open containers were found in the Kia, and investigators will determine if intoxication may have been a factor.