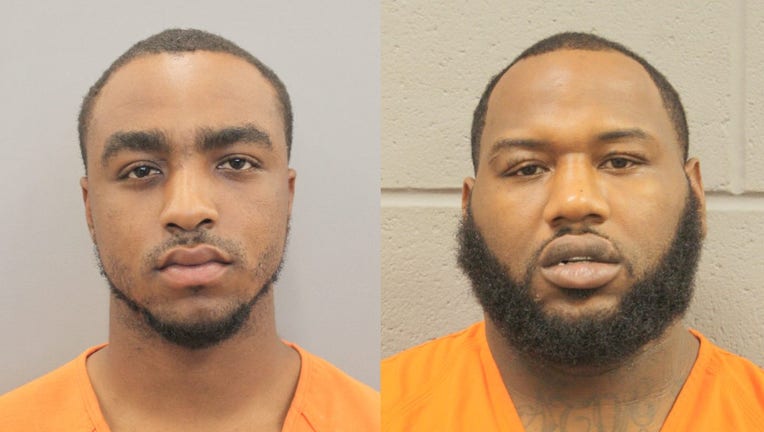 HOUSTON - The Houston Police Department says charges have been filed against two suspects who fired shots at an undercover police officer on Friday.

Dezmond Treshown Maze, 24, and Torie David Pruitt, 29, are charged with aggravated assault with a deadly weapon.

No officers were injured in the incident that occurred around 9:20 p.m. Friday in the 500 block of Hirsch Road.

According to Houston police, an on-duty undercover officer was in an unmarked vehicle when suspects in a white Chevrolet Malibu fired at least two shots in his direction. The suspects then fled the scene.

Police say the suspects were later located and taken into custody by responding HPD patrol officers with assistance from the Texas DPS Air Support Unit.