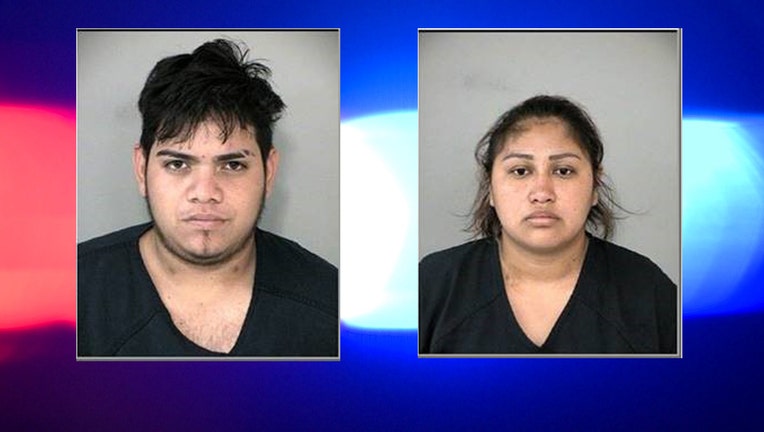 FORT BEND COUNTY, Texas - Two people have been arrested and charged in connection with the death of a man found with a gunshot wound in Cinco Ranch.

According to the Fort Bend County Sheriff’s Office, a month-long investigation led to the arrest of Gabriela Estefany Cruz-Pineda, 19, and Marcos Noe Cortez-Zetino, 19, who are from Houston and are El Salvadorian Nationals, were charged.

Authorities were called out to the intersection of Westheimer Parkway and Fall Branch around 1:30 a.m. on June 20 in reference to an injured man lying in the roadway. The man had sustained a gunshot wound and had been thrown from a moving vehicle traveling on Westheimer Parkway.

The victim, who was later identified as 27-year-old Selvin Pereira, was living in an apartment complex in the Cinco Ranch area and was also an El Salvadorian National.

According to the release, with the aid of the U.S. Consulate’s Office, detectives were able to establish contact with the relatives of the victim, including his mother, who continues to reside in El Salvador.

Information obtained by FBCSO Detectives indicates the two individuals planned to rob Pereira. However, during the course of their planned robbery efforts, Pereira was shot and killed.

"A brutal crime like this has no place in our community," said Fort Bend County Sheriff Eric Fagan. "I applaud the dedication of our Deputies and Detectives and their relentless pursuit leading to the arrest of these individuals."

Authorities said the Fort Bend County District Attorney’s Office will review the case, which may result in the upgrading of the charge from murder to capital murder.

Both remain behind bars at the Fort Bend County Jail on a $1 million bond, in addition to having immigration holds.