AUSTIN, Texas - Fifteen Huston-Tillotson University freshmen have been named to the 2021-22 university cohort for the Apple Pre-Ed Scholars program.

The university says that currently, only 2% of K-12 teachers in the United States are Black men. This second class of scholars moves Huston-Tillotson University toward achieving its goal of producing 100 Black male teachers.

A total of five students were selected in the initial cohort in 2020, with four remaining in the program.

"Our pledge towards racial justice by increasing the number of Black males in P-12 education will make a huge impact to student achievement," said Dr. Jennifer Miles, Huston-Tillotson’s Director of the Center for Academic Innovation & Transformation and Interim Director of the Center for Academic Excellence.  "The African American Male Teacher Initiative, the only program of its kind within all 107 Historically Black Colleges and Universities (HBCUs), supports the holistic development of future Black male teachers.  From ongoing professional development sponsored by Apple to hands-on digital training with state-of-the-art devices to learning app development in an effort to advance a 22nd century approach to learning, HT is dedicated to the success of this program." 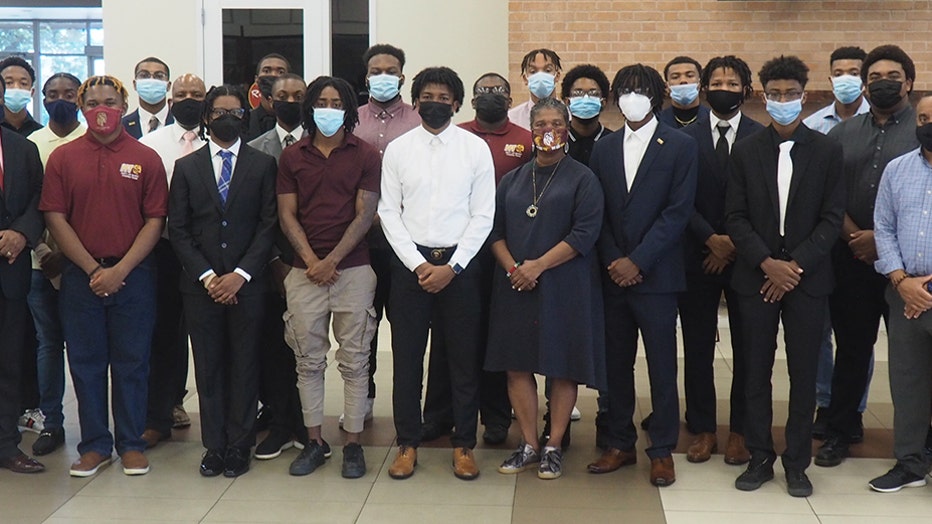 The following scholars were named to this year’s program:

Scholars are selected on basis of financial need, academic performance, demonstration of leadership, commitment to service, and dedication to pursuing a career in the education field, says Huston-Tillotson. The total award will cover all tuition, feeds, and room and board for an academic year.