Houston police say the 14-year-old girl was inside of her apartment when someone drove past the complex and fired several shots.

HOUSTON - A 14-year-old girl was injured in a drive-by shooting as she slept in her west Houston apartment on Tuesday night, police say.

The shooting was reported around 9 p.m. in the 10100 block of Westview.

According to police, a vehicle drove past on the side street next to the apartment complex, and someone fired several shots out of the vehicle’s window.

The gunfire struck at least two apartments, including the one the 14-year-old girl was in, police say. 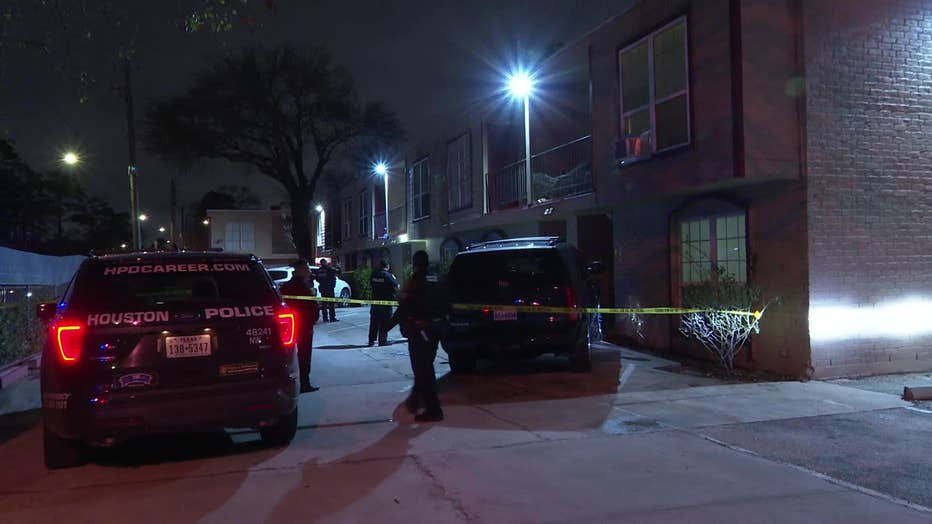 The Houston Police Department investigates a shooting that injured a teen on Westview.

The teen was taken to the hospital with a gunshot wound to the abdomen. Officials say she is expected to survive her injuries.

Police have not released a description of the shooter or the vehicle.