A total of 11 pedestrians were involved in the collision on Barton Springs, with 9 people transported to the hospital.

Austin-Travis County EMS said around 8:18 p.m., they received multiple calls about a two-vehicle crash at 1800 Barton Springs Road. Austin police said it was a T-bone collision.

As one vehicle crashed into the other, it was pushed into a food truck in the area. ATCEMS said nine pedestrians were injured. 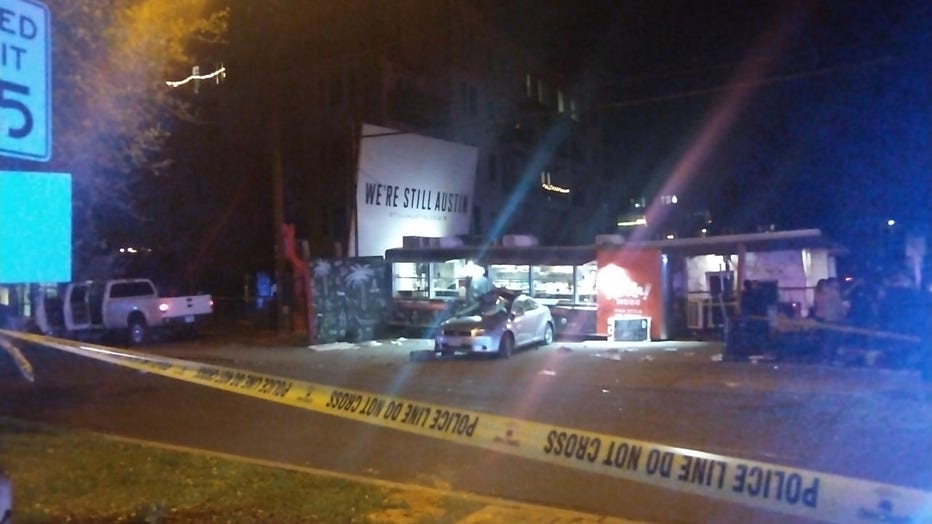 At this time, police said there were single occupants in each vehicle involved. One driver was taken to the hospital.

The Austin Police Department (APD) is investigating the crash.