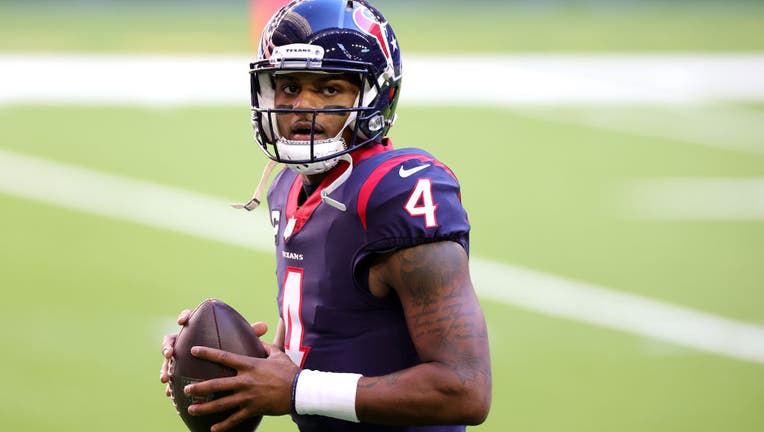 HOUSTON - One of the 22 women who filed a civil lawsuit against Houston Texas quarterback Deshaun Watson has dropped her lawsuit for now.

In the court document filed on Tuesday, the Jane Doe cited "privacy and security concerns."

According to the document, she "reserves the right to refile this case once such concerns are addressed."

Twenty-two civil lawsuits were filed against Watson in which women accuse him of assault and harassment during massage sessions.

During court hearings on Friday, judges decided that the names of some of the accusers would have to be made public.

RELATED: Several of Deshaun Watson's accusers to be identified soon

Attorney Tony Buzbee, who is representing the women, said that after one of the accusers came forward publicly, the other women are now "emboldened." He says their petitions are being amended to disclose their names, even those not currently subject to any court order.

In a statement last week, Watson’s attorney Rusty Hardin said in part, "We have said this before and we want to say it again: Deshaun did not force, coerce or intimidate anyone to do anything against their will."