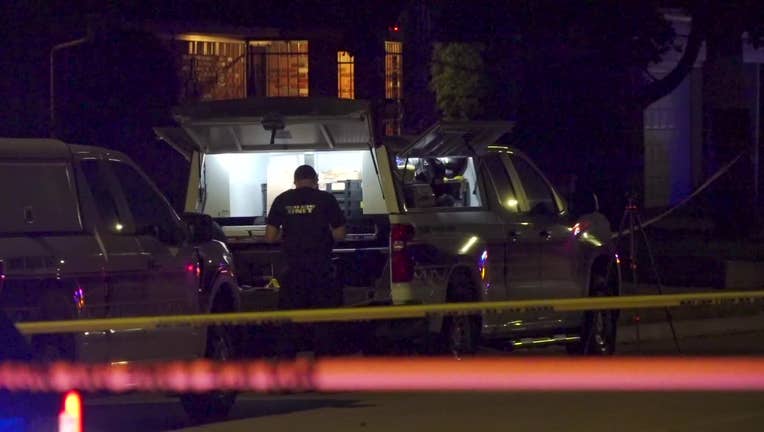 HOUSTON - A deadly shooting in southeast Houston reportedly resulted from a drug deal that turned into a robbery, according to police.

The shooting was reported around 11:15 p.m. Monday in the 7900 block of Rockhill Street.

Houston police officers responded to the scene and found a man, believed to be 18 to 23 years old, on the sidewalk. He had been shot multiple times, and paramedics pronounced him dead at the scene.

Police say another male who had called 911 after the shooting was also at the scene.

He told police that he had conducted a drug transaction with the man, and the man then tried to rob him and his friend inside a car, according to HPD.

He reportedly told police that the man shot at him, grazing his cheek, and then he was able to grab the gun from the man.

According to police, he then says he got out of the car and tried to hold the man at gunpoint, but the man charged him with a knife so he fired multiple shots at him.

The friend in the car was not injured.

According to police, the case will be referred to a grand jury to determine any charges those involved could face.