Senator Ted Cruz and the trip to Mexico

"Look it was obviously a mistake and in hind sight I wouldn't have done it. And all of us have made decisions, when you've got two girls who've been cold for two days and haven't had heat or power and they say we don't have school, why don't we, let's get out of here, I think there are alot of parents who, if I can do this, great..."

HOUSTON - But "great" was not how many folks viewed Senator Ted Cruz's family trip to the Cancun Ritz Carlton, as the citizens he was elected to represent endured a hellish blackout in subfreezing temperatures. 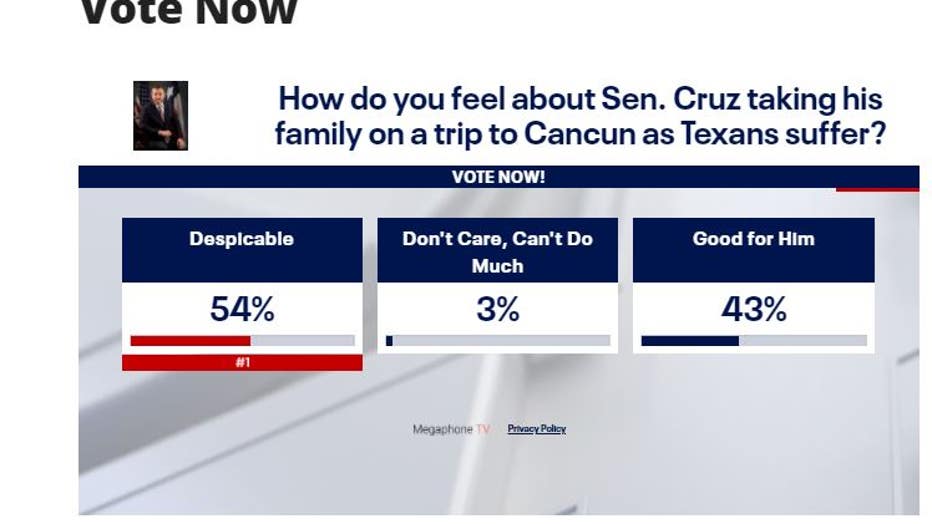 Mr. Cruz exacerbated the "bad look" by first claiming he was escorting his wife and children with the intention of a rapid return to frost bitten Texas, only to later concede that he originally planned to stay at the luxury resort through the weekend.

With political blood in the water, the response from democrats has been predictably scathing, but not near as brutal as the meme's on social media