One on one with Congressional candidate Troy Nehls

HOUSTON - In the battleground race to represent Texas-22,  Fort. Bend County's Republican Sheriff Troy Nehls is looking to parlay his strong local relationships and years of service into a term in congress. Greg Groogan met Nehls near a polling place in Richmond.

Sheriff Troy Nehls brings a resume loaded with service to his quest to represent Texas-22 in Congress. 28 years in law enforcement, 21 years in the National Guard and Army reserve including tours in the combat zones of Bosnia, Iraq, and Afghanistan.  It is Nehl's service in Ft. Bend County and his two and half decades of relationship building that fuels this campaign.

While Nehls says health coverage for folks with pre-existing conditions should be protected, he opposes any expansion of Obamacare. He strongly supports the Trump tax cuts and believes a roll-back as proposed by Democrats will cripple the economy. Nehl's also supports a hard line on border security - says he contends with the public safety consequences of lax enforcement on a daily basis. 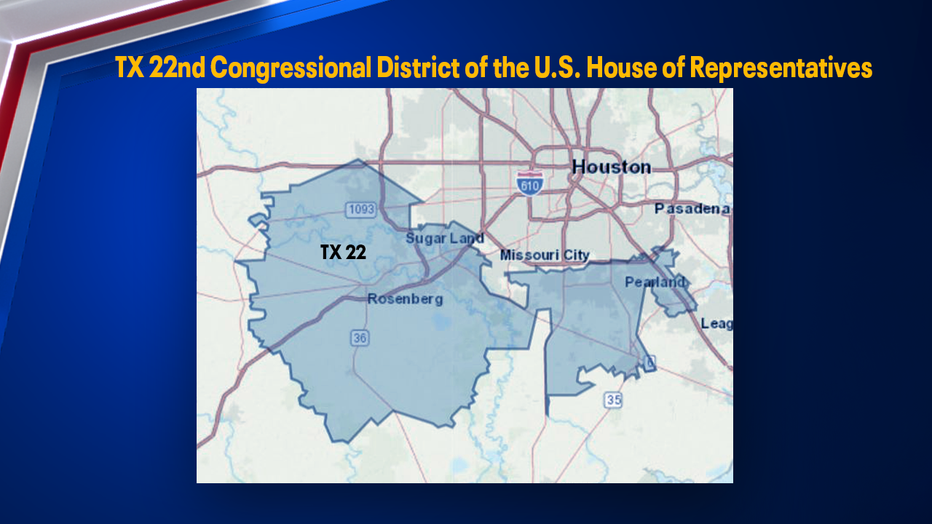 Congressional District 22 includes parts of Fort Bend, Harris, and Brazoria counties. Considered one of the most diverse districts in the United States, the population of more than 880,000 is 42% white, 25% Hispanic, 19% Asian, and 13% Black

The six-term incumbent Congressman Pete Olson announced in July 2019 that he would not seek reelection.