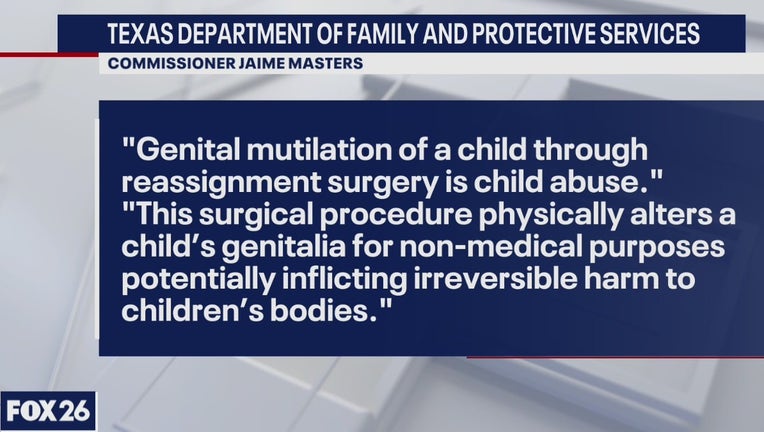 Houston -  At the request of Governor Greg Abbott, the Texas Department for Family and Protective Services has declared gender reassignment surgery to be a form of "child abuse".

Houston's Sunday morning political debate show! The WYP panel talks about the recent statement by the Department of Family and Protective Service requested by Governor Abbott that gender-affirmation surgery be regarded a child abuse.

The administrative move is consistent with a host of approved and proposed legislation viewed by advocates as openly hostile to the transgender community - including a measure to exclude youth in transition from participating in athletic competitions which do not correspond to the child's sex at birth.

The American Medical Association has called this latest declaration - "a dangerous intrusion into the practice of medicine" that will be "detrimental to the health of transgender children."