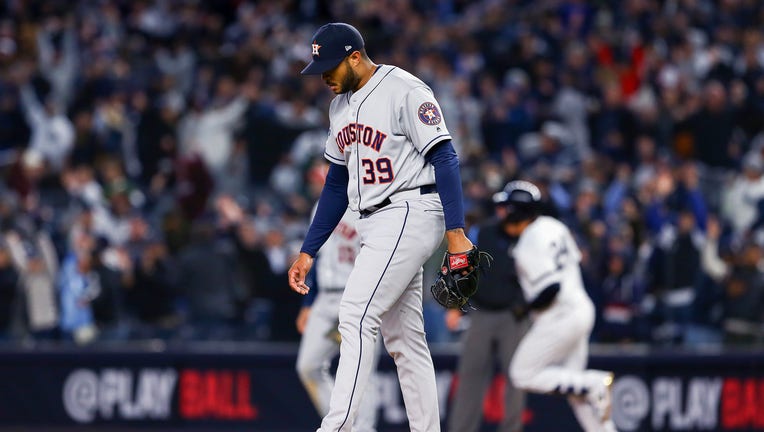 NEW YORK, NEW YORK - OCTOBER 17: Josh James #39 of the Houston Astros reacts after allowing a two-run home run to Gary Sanchez #24 of the New York Yankees during the sixth inning in game four of the American League Championship Series at Yankee Stadi

NEW YORK CITY - The Yankees come back from the edge of losing the series in Game 5 by beating the Houston Astros in a final score of 4-1. The series is almost tied at 3-2. The Houston Astros were just one win away from the World Series heading into Game 5.

After the Astros scored on a wild pitch, LeMahieu homered on Verlander's second pitch and Hicks homered off the right-field foul pole, his first long ball since July after a lengthy injury layoff.

The Astros won two out of the three games at Yankee Stadium. Although Houstonians were hoping to advance to the World Series on Friday night, now the teams head back to Texas, where the series resumes Saturday night without a day off.