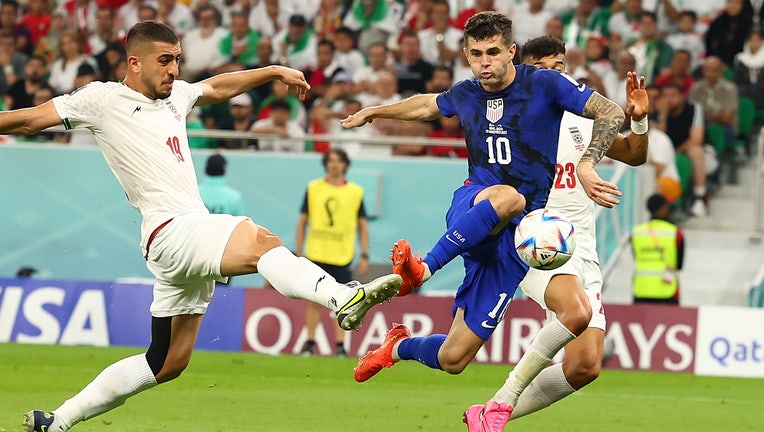 Christian Pulisic of the USA scores against Iran's Majid Hosseini and Ramin Rezaeian to make it 0-1. (Photo by Christian Charisius/picture alliance via Getty Images)

DOHA, Qatar - Tuesday marked the final day of play for both Groups A and B, the first day of simultaneous kickoffs.

The practice of starting two games at the same time began in 1986, four years after a match dubbed the "Disgrace of Gijon." The match was scandalous because West Germany and Austria both knew that a German win by one or two goals would advance both teams at the expense of Algeria.

After Germany scored an early goal, neither team tried to score again.

Christian Pulisic scored while crashing headfirst into the goalkeeper in the 38th minute and the United States advanced to the knockout round of the World Cup with a 1-0 win over Iran on Tuesday night in a politically charged rematch of their famous meeting a quarter-century ago.

Pulisic sprawled on the field and was lying in the goal for about three minutes as he received treatment from the U.S. staff. He reentered the game but was replaced at the start of the second half.

RELATED: US advances at World Cup with 1-0 win over Iran; Pulisic injured

Back in the World Cup after missing the 2018 tournament, the U.S. opened with draws against Wales and England and needed a victory to move on to the round of 16 — the minimum achievement to consider the four-year cycle a success.

The Americans finished second in Group B with five points, two behind England, and will play the Netherlands on Saturday with the chance to reach the quarterfinals for the first time since 2002.

Iran finished third with three points and has failed to advance in all six of its World Cup appearances. 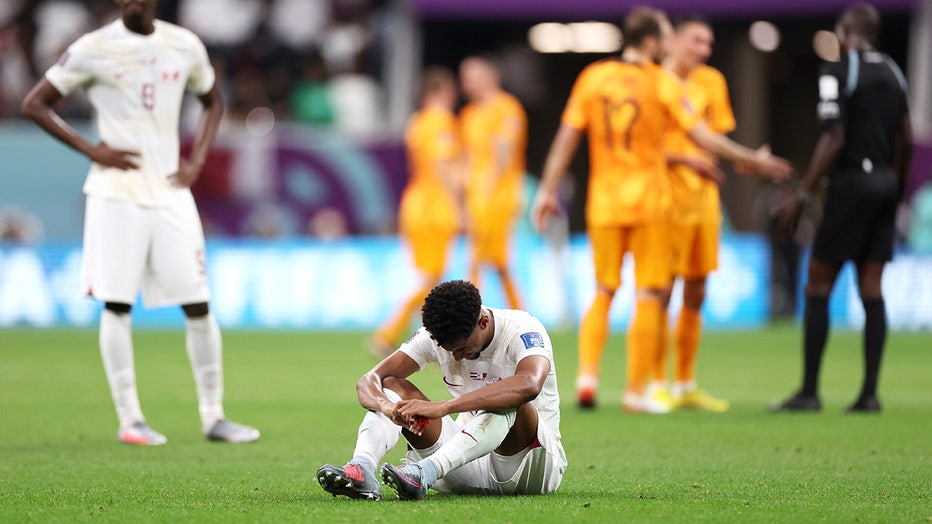 Homam Ahmed of Qatar reacts after the 0-2 loss during the FIFA World Cup Qatar 2022 Group A match between Netherlands and Qatar at Al Bayt Stadium on November 29, 2022 in Al Khor, Qatar. (Photo by Catherine Ivill/Getty Images)

The Netherlands finished off the worst showing by any World Cup host nation by beating Qatar 2-0 on Tuesday.

The Dutch advanced to the round of 16 while the Qataris, who were already eliminated, became the first host to lose all three of its group matches at soccer's biggest event.

Cody Gakpo put the Netherlands ahead midway through the first half with his third goal in as many matches and Frenkie de Jong doubled the advantage five minutes into the second half.

The Netherlands is a three-time runner-up at the World Cup, and also finished third in 2014, while Qatar was making its tournament debut.

The Dutch failed to qualify for the 2018 World Cup. 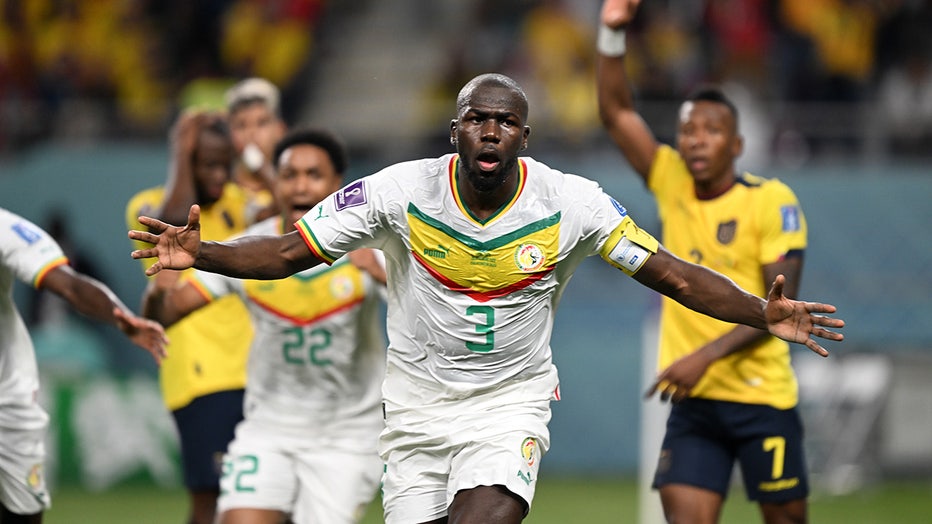 Kalidou Koulibaly of Senegal celebrates his goal during the FIFA World Cup Qatar 2022 Group A match between Ecuador and Senegal at Khalifa International Stadium on November 29, 2022 in Doha, Qatar. (Photo by Ercin Erturk/Anadolu Agency via Getty Imag

Senegal captain Kalidou Koulibaly put his team into the last 16 of the World Cup by volleying home the winner in a 2-1 victory over Ecuador on Tuesday.

Koulibaly scored three minutes after Moises Caicedo had evened the score at 1-1.

In a must-win match for the African champions, Senegal took the lead after a first-half penalty by Ismaila Sarr. Caicedo scored his goal in the 67th.

At 1-1, Ecuador would have advanced from Group A and Senegal would have been eliminated.

The Netherlands beat Qatar 2-0 in the other match to win the group. Senegal finished second while Ecuador and Qatar were eliminated.

Senegal last advanced from the group stage at the 2002 World Cup, when the team reached the quarterfinals in its tournament debut.

Marcus Rashford and Phil Foden both scored Tuesday to put England into the last 16 of the World Cup with a 3-0 victory over Wales.

England coach Gareth Southgate opted to add both players in the starting lineup for the team's final Group B match and they responded with all three goals — two from Rashford and the other from Foden.

England will next face Senegal in the round of 16. Wales finished in last place in the group and has been eliminated.

Southgate had faced calls to freshen up his team after the 0-0 draw with the United States. He brought in Rashford and Foden into a new look attack and it worked.

England had the game wrapped up just after halftime with Rashford scoring from a free kick in the 50th and Foden adding another in the 51st. Rashford got his second after a weaving run in the box in the 68th.

Wales captain Gareth Bale was forced off at halftime with an injury.