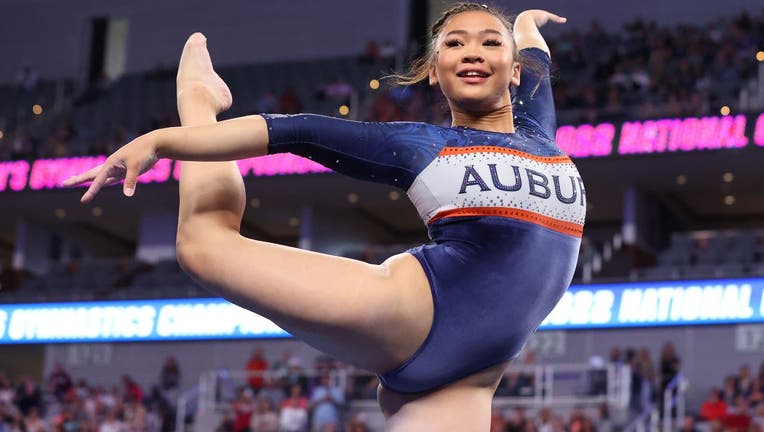 Sunisa Lee of the Auburn Tigers competes in the floor exercise during the Division I Womens Gymnastics Championship held at Dickies Arena on April 16, 2022 in Fort Worth, Texas. (Photo by C. Morgan Engel/NCAA Photos via Getty Images)

(FOX 9) - Sunisa Lee is ending her collegiate gymnastics career so she can train for the Paris Olympics.

The Minnesotan made the announcement on Twitter on Tuesday.

Lee won gold in the women's artistic individual all-around competition and also took home silver in the team contest and a bronze for the uneven bars in the Tokyo Olympics.

In the Twitter video, she said she doesn't want the feeling of a gold medal being draped around her neck to be once in a lifetime. Though competing for Auburn University has always been a dream of hers, the Olympian says this will be her last season competing at Auburn University. She hopes to make it the "most incredible season yet," and then she'll begin training for the Paris Olympics in 2024.