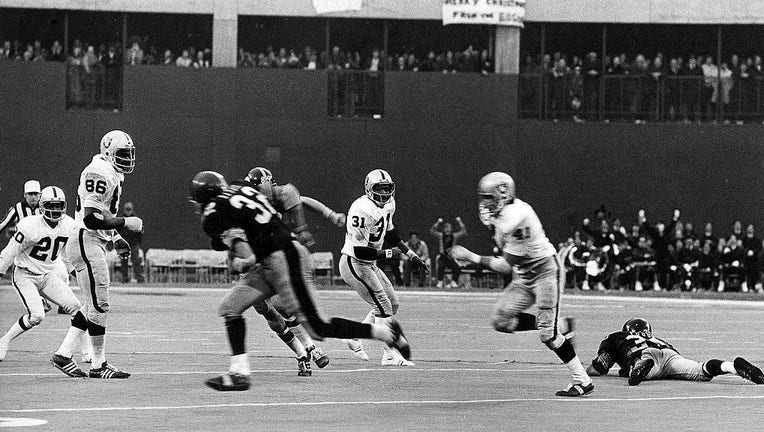 PITTSBURGH - The "Immaculate Reception" will live on forever in Pittsburgh. Now too, will the number of the author of the most iconic play in NFL history.

The Pittsburgh Steelers will retire Hall of Fame running back Franco Harris' No. 32 on Christmas Eve, 50 years and one day after he plucked the ball out of the air and raced down the sideline to the end zone to pull out a stunning playoff victory over the Oakland Raiders.

"It's about time they had an offensive guy on the list," Harris said with a laugh on Tuesday.

The NFL was formed in 1920 when 10 football teams came together in Canton, Ohio, and started the American Professional Football Association (APFA), now known as the NFL.

Harris spent all but one of his 13 seasons in the NFL in Pittsburgh, arriving as a rookie out of Penn State in 1972 to a team attempting to escape decades of mediocrity. The Steelers reached the 1972 playoffs thanks in part to Harris' 1,055 yards rushing, but found themselves trailing 7-6 in the waning seconds and facing fourth-and-10 at the Pittsburgh 40 with just 22 seconds to go.

Steelers quarterback Terry Bradshaw let loose a desperate heave in the direction of running back Frenchy Fuqua. The ball caromed off Oakland defensive back Jack Tatum and appeared to be fluttering incomplete before Harris grabbed it inches before hitting the turf. He then took off down the sideline to complete a 60-yard touchdown that sealed a 13-7 win and set off chaos at Three Rivers Stadium. 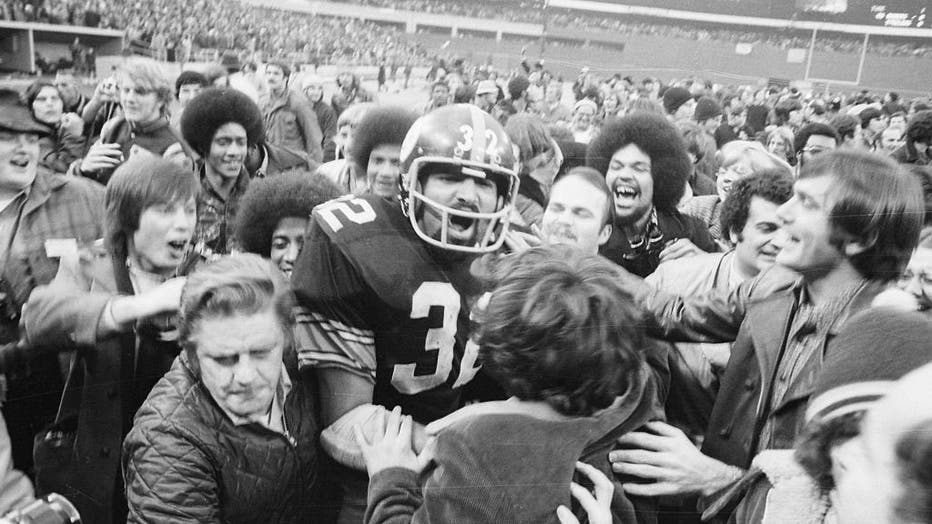 While Harris ran for 12,120 yards and won four Super Bowls, he knows he is forever linked to the play that turned the fortunes of a franchise forever. Pittsburgh had never won a playoff game before Harris sprinted into NFL lore. The Steelers now have six Super Bowl titles, tied with New England for the most in league history.

There will be two ceremonies to honor Harris. One will be at exactly 3:29 p.m. on Friday, Dec. 23 at the plaque at the spot in now-bygone Three Rivers Stadium where Harris caught the ball. The other will be a ceremony at halftime of Pittsburgh's Christmas Eve game against the Raiders, now based in Las Vegas. 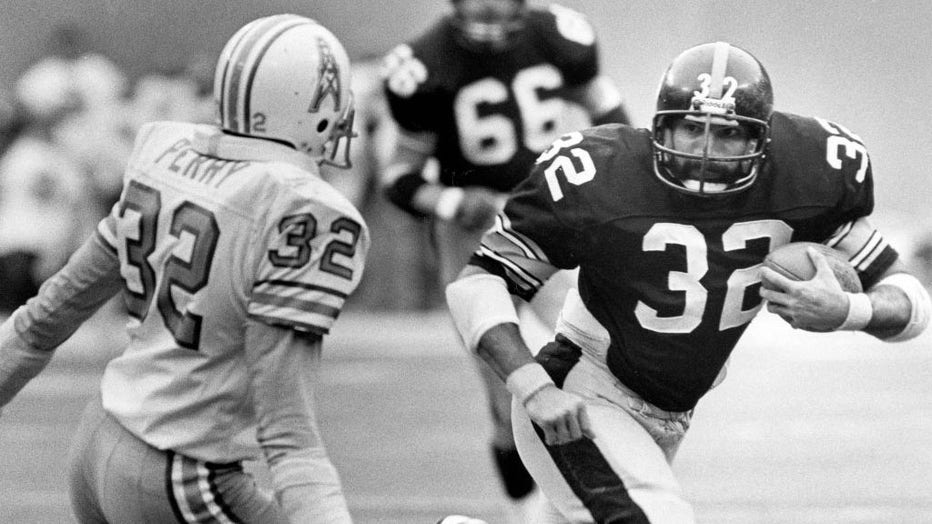 FILE - Running back Franco Harris #32 of the Pittsburgh Steelers runs with the football against safety Vernon Perry #32 of the Houston Oilers during the 1979 season AFC Championship game at Three Rivers Stadium on Jan. 6, 1980, in Pittsburgh, Pennsyl

The Steelers will wear a patch commemorating the play during the game and don throwback jerseys the team wore during the 1972 season.

All because Harris saw a ball in the air and remembered the advice of his college coach, Joe Paterno.

"Play to the end," Harris said. "Never give up. Believe things can happen ... and always go to the ball."