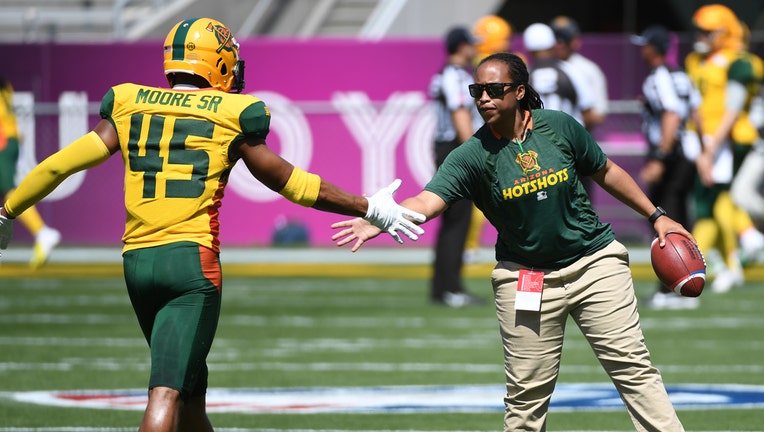 WASHINGTON - The Washington Redskins are ready to make a historic hire, according to reports.

New Skins' Head Coach Ron Rivera is reportedly preparing to add Jennifer King to his coaching staff. Once hired, King would be the first full-time African American female coach in the NFL and the fourth woman overall.

King, who interned with the Carolina Panthers while Rivera was head coach there, would help coach the Redskins' offense, according to The Athletic. The North Carolina native previously was an assistant wide receivers coach for the now-defunct Alliance of American Football's Arizona Hotshots and also was an offensive assistant for Dartmouth College.

King also won three championships as a player in the in the semi-pro Women's Football Alliance.