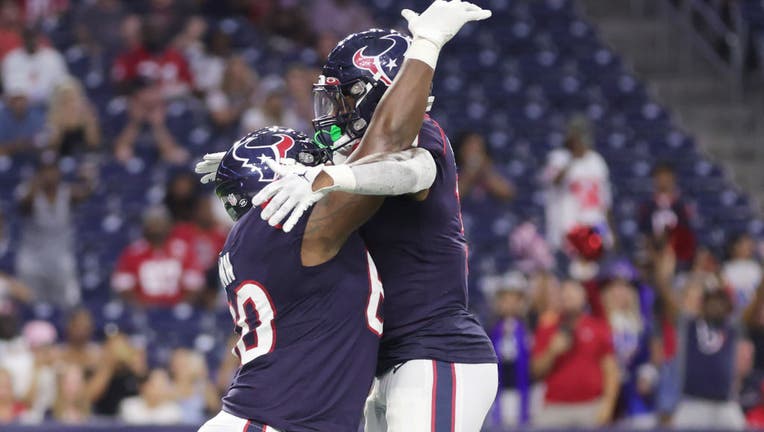 HOUSTON - Davis Mills threw a touchdown pass to Chris Moore to help the Houston Texans beat the San Francisco 49ers 17-0 on Thursday night in the preseason finale for both teams.

Mills was 6 for 10 for 58 yards with an interception. He played the entire first half and the first drive of the second half, finishing off his night with a 16-yard touchdown pass to Moore.

Mills’ second-quarter interception hit the hands of Moore in the end zone, but was deflected by Samuel Womack III and picked off by Tarvarius Moore.

San Francisco starting quarterback Trey Lance was 7 for 11 for 49 yards on three scoreless drives. Two of the drives ended in punts and one ended on downs. Lance was scrambling from the Houston pass rush on many of his plays and was sacked once.

Houston took a 7-0 lead when rookie fourth-round pick running back Dameon Pierce scored on a 1-yard run that capped off a lengthy drive on the Texans’ first possession. Pierce is listed behind veteran running backs Marlon Mack and Rex Burkhead on the depth chart, but he started Thursday night.

Houston rookie safety Jalen Pitre, a second-round pick, had five tackles, including one for a loss.

Texans kicker Matt Ammendola made a 45-yard field goal in the third quarter to put Houston up 17-0. Ammendola later missed from 31 yards. Veteran kicker Ka’imi Fairbairn was sidelined with an injury so the Texans signed Ammendola for the preseason finale.

The Texans observed a pregame moment of silence and video tribute for former team president Jamey Rootes. He died this week "after a battle with mental health issues," his wife said in a Facebook post. Rootes served as team president from the inaugural season in 2002 until February 2021.