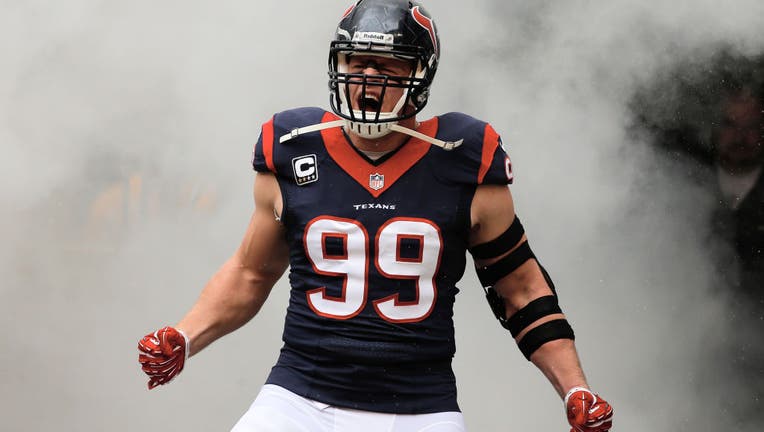 HOUSTON, TX - DECEMBER 01: J.J. Watt #99 of Houston Texans enters the field before the game against the New England Patriots at Reliant Stadium on December 1, 2013 in Houston, Texas. (Photo by Scott Halleran/Getty Images)

The 9-year-veteran recorded his 100th sack in a win against the Jacksonville Jaguars (1-7) on Sunday, Nov. 8.

Watch the play below:

The sack forced a fumble that was recovered by the Jaguars in the fourth quarter. 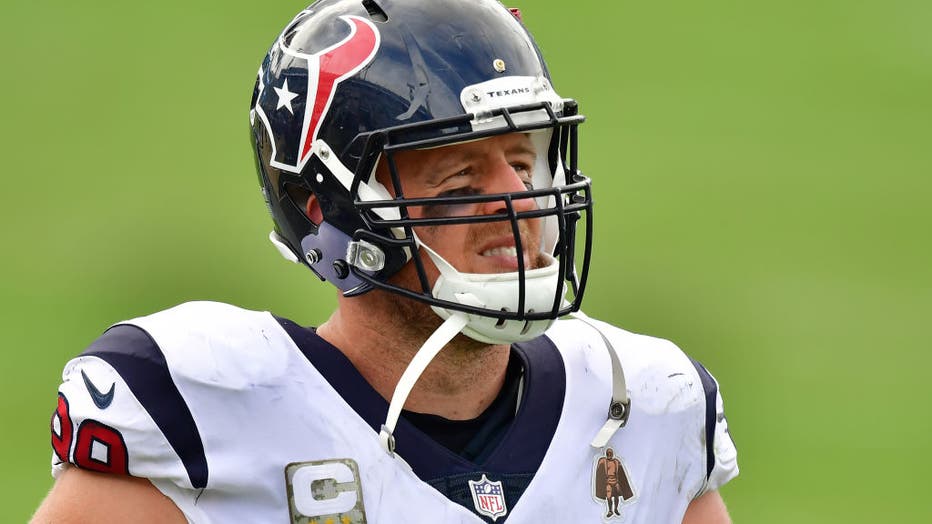 JACKSONVILLE, FLORIDA - NOVEMBER 08: J.J. Watt #99 of the Houston Texans looks to the scoreboard during a game against the Jacksonville Jaguars at TIAA Bank Field on November 08, 2020 in Jacksonville, Florida. (Photo by Julio Aguilar/Getty Images)

Watt has made his presence felt in the league since he was drafted by the Houston Texans in 2011. He's one defensive player of the year three times and is now one of only 35 players to reach 100 sacks since 1982.

"I personally believe I have a few great ones (years) left in me, Watt told media earlier this week.

The Texans (2-6) aren't having the best season but Watt expressed his desire for a championship before he calls it a career.

Enter the NFL Challenge contest on the FOX Super 6 app for free and you can win the $1M jackpot! Download now!