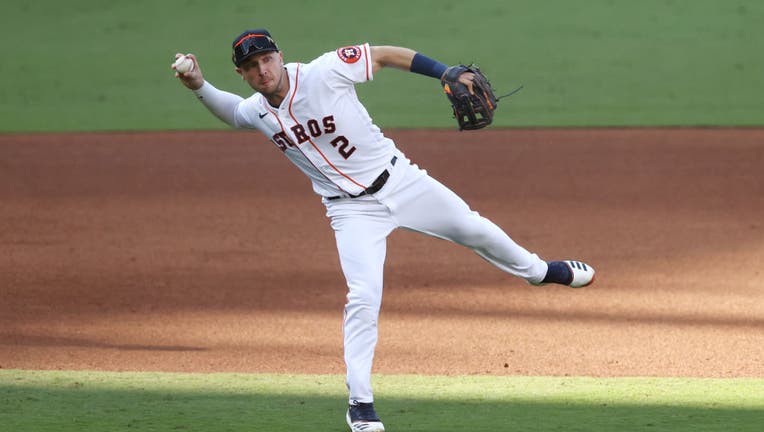 SAN DIEGO, CALIFORNIA - OCTOBER 15: Alex Bregman #2 of the Houston Astros throws out Manuel Margot #13 of the Tampa Bay Rays at first during the fifth inning in Game Five of the American League Championship Series at PETCO Park on October 15, 2020 in