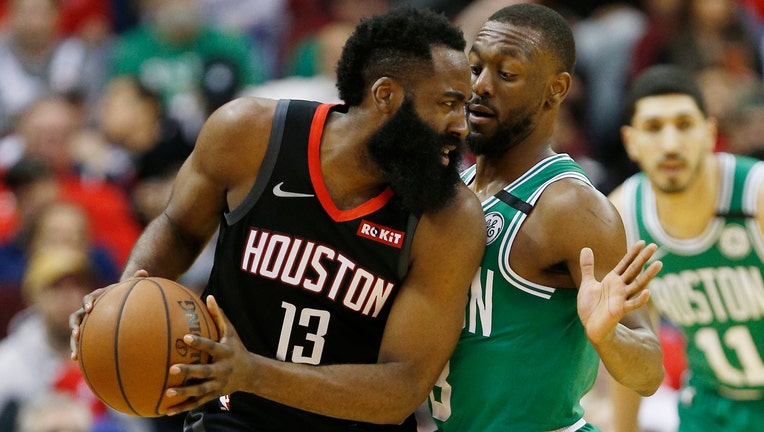 James Harden #13 of the Houston Rockets is guarded by Kemba Walker #8 of the Boston Celtics at Toyota Center on February 11, 2020 in Houston, Texas.

HOUSTON - James Harden scored 42 points, Russell Westbrook had 36 and the Houston Rockets snapped Boston’s seven-game win streak with a 116-105 victory over the Celtics on Tuesday night.

Houston broke it open with a 15-2 run that made it 116-98 with about two minutes left. Harden scored six points during the decisive stretch, and Danuel House had five.

Boston had two turnovers and missed numerous shots to allow the Rockets to turn the close game into a one where coach Mike D’Antoni cleared the bench for the last minute with the game well in hand.