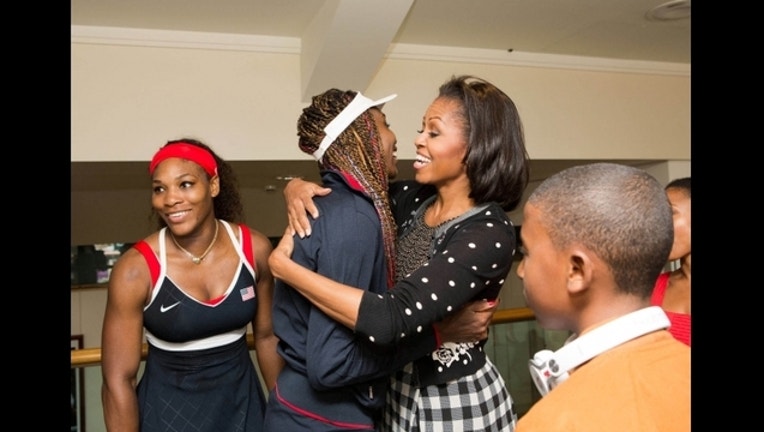 NEW YORK (AP) — For Serena Williams' first 26 matches at major tournaments in 2015, no deficit was too daunting, no opponent too troublesome, no victory too far from reach.

She was unbeaten and, seemingly, unbeatable, nearing the first Grand Slam in more than a quarter-century. All Williams needed was two more wins to pull off that rare feat. And yet, against an unseeded and unheralded opponent in the U.S. Open semifinals, she faltered. Her pursuit of history ended, oh so close.

In one of the most significant upsets in the history of tennis, Williams finally found a hole too big to climb out of, losing 2-6, 6-4, 6-4 Friday at Flushing Meadows to 43rd-ranked Roberta Vinci of Italy.

"I don't want to talk about how disappointing it is for me," Williams said at the start of a briefer-than-usual news conference. "If you have any other questions, I'm open for that."

Vinci had never before played in a Grand Slam semifinal. She had never so much as taken a set off Williams in four previous matchups.

"Today is my day," Vinci told the crowd in an on-court interview. "Sorry, guys!"

She said she told herself not to think about having Williams across the net. And Vinci's unusual style, full of slices and net rushes, kept Williams off-balance enough to cause problems and prevent the 33-year-old American from becoming the first player since Steffi Graf in 1988 to win all four Grand Slam tournaments in a single season. Williams had been pushed to the limit before — this was her 12th three-setter in a major this season — but had managed to win titles at the Australian Open on hard courts in January, the French Open on clay courts in June, and Wimbledon on grass courts in July.

This time, for once, the No. 1-ranked Williams could not pull it out, undone by 40 unforced errors, twice as many as Vinci. That negated the impact of Williams' 16 aces, including one at 126 mph.

"I thought she played the best tennis in her career," Williams said about Vinci. "She played, literally, out of her mind."

Pennetta, 33, and Vinci, 32, have known each other since they were kids, having grown up in towns about 40 miles (65 kilometers) apart on opposite coasts of Puglia, a region in the southeastern heel of Italy's boot-shaped peninsula.

Now they will face each other in a stadium in New York — with a Grand Slam trophy on the line. An intriguing story line, to be sure, but nothing compared to what Williams was chasing: a perfect Grand Slam season.

After all, not only was she 26-0 at those tournaments this year, but her winning streak at majors was 33 matches entering Friday, because she won last year's U.S. Open.

If she had managed to win a fifth consecutive major title, Williams would have raised her total to 22, equaling Graf for the most in the Open era, which began in 1968, and second-most in history behind Margaret Court's 24.

Williams' older sister Venus — who pushed her to three sets in the quarterfinals — was in her guest box, and rapper Drake, a pal, was in Arthur Ashe Stadium, too.

While it was Vinci who earned the first break of the match, to lead 2-1 in the opening set, Williams quickly regained control from there, lacing together six games in a row. Suddenly, though, Vinci got going again, breaking to up 3-2 in the second.

When Vinci served out that set, Williams headed to the sideline, cracked her racket against the ground and flung it behind her chair, drawing a code violation warning from the chair umpire.

Still, Williams insisted later: "I never felt pressure. ... I never felt that pressure to win here. I said that from the beginning."

As the third set wore on, Williams became more and more demonstrative, leaning forward, shaking her fists and screaming, "Come on!" after four points in a row during one stretch. It was Vinci's turn to show emotion later, closing a spectacular 18-stroke exchange with a volley winner, then cupping her ear with a hand, before pointing to her chest and waving both arms at the spectators, encouraging them to yell for her, too.

That point ended with Williams on a full sprint, stumbling a bit as her momentum carried her to the sideline, where she bent over, chest heaving.

The crowd responded to it all with a standing ovation.

Williams never was able to get back in front. And there certainly were noticeable dips in her play. She let a 2-0 lead in the third set slip away, in part by double-faulting on break point to make it 2-1. Williams double-faulted again a few games later, when Vinci broke for 4-3, a lead she did not relinquish.

"I mean, I made a couple of tight shots, to be honest," Williams acknowledged, "but maybe just about two."