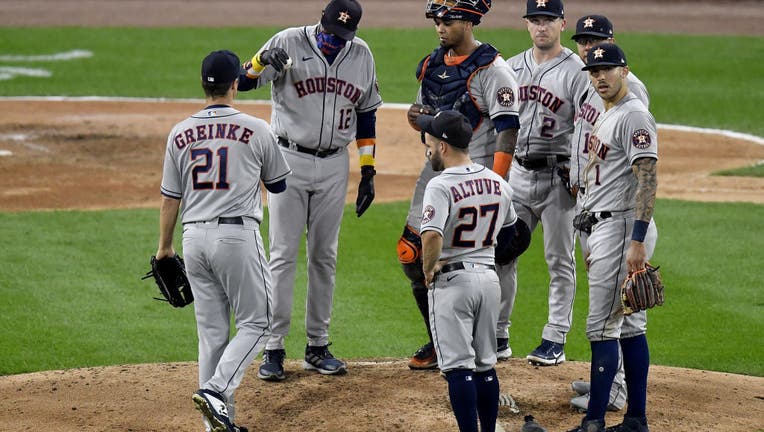 HOUSTON - Game 4 of the AL Division Series has been postponed because of rain.

The Houston Astros and Chicago White Sox were set to play Monday night, but the game is now scheduled for 1:07 p.m. in Chicago's Guaranteed Rate Field.

Game five, if necessary, in the series is still set for Wednesday night in Houston.

José Urquidy was scheduled to start Monday for Houston, with Carlos Rodón pitching for Chicago. The Astros lead the best-of-five series 2-1, winning the first two games at home.

In Chicago on Sunday, the White Sox beat the Astros 12-6.