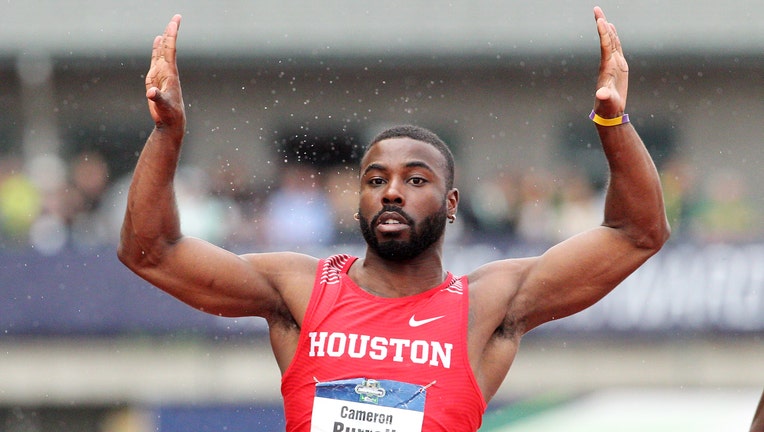 According to the university, Burrell lettered with the Houston Track and Field program from 2013 to 2018, competing for his father, Head Coach and gold medal sprinter Leroy Burrell.

As a collegiate star, Burrell captured the NCAA individual national championship in the 100-meter in 2018 in Eugene, Ore., equaling his father’s accomplishment 28 years earlier.

That season, he also ran the anchor leg of the Cougars’ 4x100-meter relay team, which successfully defended its NCAA national championship in that event.

"My family is extremely saddened with the loss of our son, Cameron, last night. We are going through profound sorrow and ask that all of our friends, extended University of Houston family, and the track and field community in the U.S. and abroad allow us to gather with our closest family and friends," Leroy Burrell said. "We are profoundly grief-stricken and thank everyone for the outpouring of prayers and support. We will forward more information when it is available."

Outside of his collegiate career, Burrell was a member of the United States 4x100-meter relay team, which earned gold at the World Junior Championships in 2012 and captured silver at the 2019 World Relays. He also anchored the U.S. relay team to gold at the 2018 Athletics World Cup.