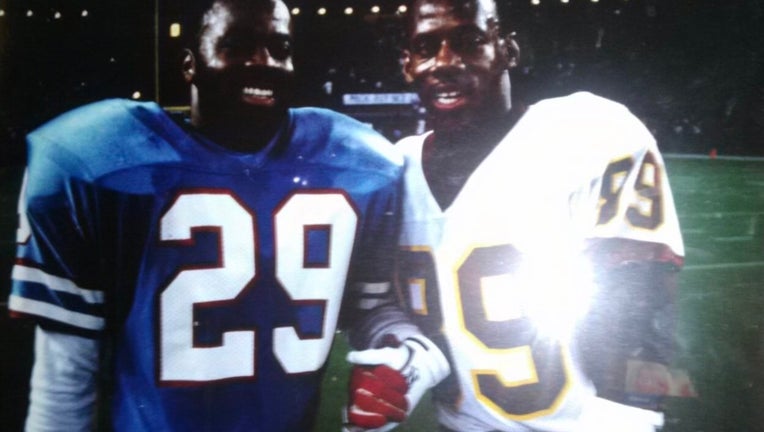 Former Houston Oilers cornerback Patrick Allen, who played here from 1984-1990, passed away in Seattle at the age of 59, according to his older brother Anthony, who also played in the NFL.

Anthony said the family is waiting on the coroner’s report, which will determine when Patrick passed away and why, but he also said they learned his brother had died on Tuesday.

Anthony, who played three years in the USFL and five years in the NFL, said after the family had not heard from Patrick for several days they checked on him Tuesday at his apartment and that is when they found out he had passed away.

"Dealing with it. It’s been a struggle," Anthony Allen said. "As a family we’re dealing with it. A lot of people loved him. He was well-loved. Obviously, it’s causing a lot of pain."

Patrick played in 106 games for the Oilers, starting 72, and had seven career interceptions.

Anthony was a receiver with the Falcons, Redskins and Chargers, after his three years in the USFL.

The brothers played against each other once in the NFL, in 1988, when the Oilers beat defending Super Bowl champion Washington 41-17 in Houston.

"The Oilers killed us," Anthony Allen said. "Doug Williams was the quarterback. We had won the Super Bowl in ’87 and they just destroyed us."

Anthony played slot receiver in that game and Patrick covered the outside receivers.  So little brother never got a chance to cover big brother in the NFL.

The two brothers took pictures on the field after the game, photos that mean the world to Anthony.

"It was a great moment," Anthony Allen said. "We obviously loved it. It was a fun game."

One of Patrick’s close friends is Eric Metcalf, the former University of Texas star running back who played 13 years in the NFL, went to the Pro Bowl three times and is also from Seattle. 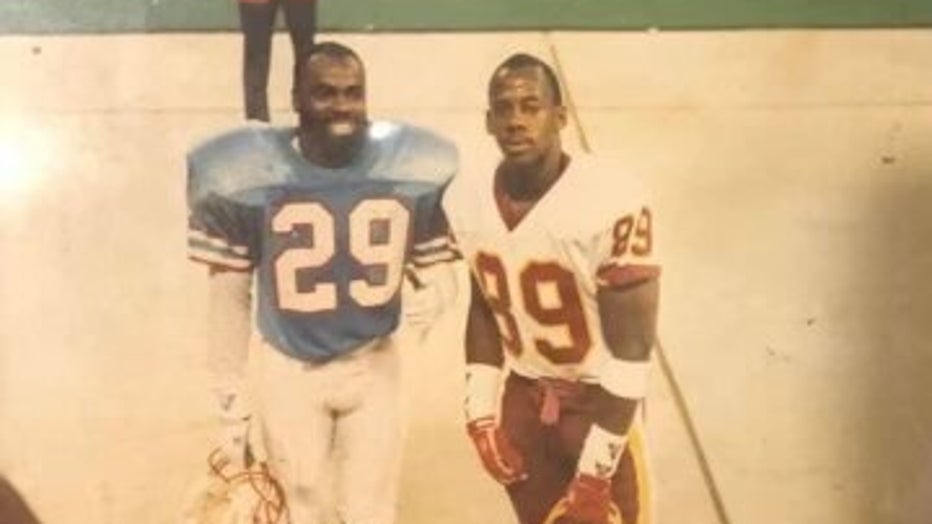 Eric said he knew Patrick 40-plus years, since he was a kid.

"I think I do pretty good when things like this happen," Metcalf said. "I’m probably better than most that I know. It’s still hard, because we were so close.

"When I was at UT and he was with the Oilers, I would always go to Houston and stay with him and even when I was playing (in the NFL) I was always down there, hanging out with him. We were very close. We hadn’t talked as much recently as we used to, but we still kept in touch. I think the last time we talked was probably three weeks ago."

Metcalf has some cool memories about Patrick.

"My fondest memory, because once again I’ve known since I was a kid, and through many nicknames," Metcalf said. "When were young everybody in Seattle called him Doc P. Then as he got older and started buying all these different pairs of sunglasses, he probably had a hundred, he became Planet Rock Doc. Most people just called him Doc."

And if Patrick could hear Eric reminisce about all of those nicknames Eric said Patrick would be smiling.

"Oh yeah, for sure, because he loved it," Metcalf said. "He loved having those nicknames. He loved it, that everybody referred to him as Doc, because no one really called him Patrick."