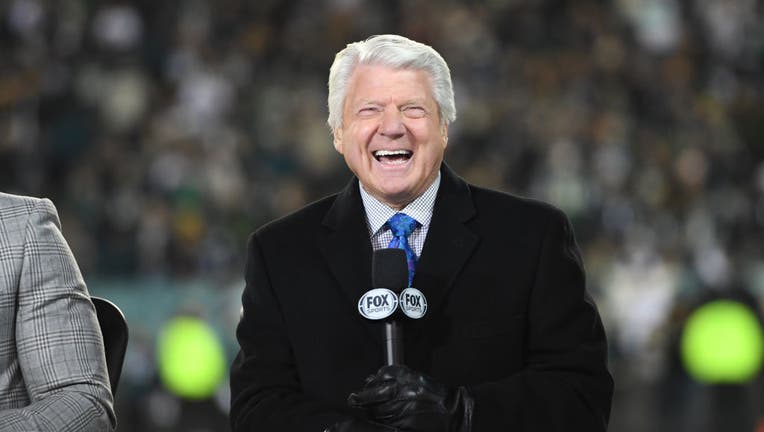 The man who turned the Dallas Cowboys into a football dynasty in the 90s is headed to the Pro Football Hall of Fame.

Former Dallas Cowboys head coach Jimmy Johnson was surprised with the announcement during halftime of the Packers vs. Seahawks playoff game.

He was doing his work as an analyst for FOX Sports when he was told he was being inducted into the Pro Football Hall of Fame as part of the class of 2020.

Johnson was hired in 1989 by new Cowboys owner Jerry Jones. His initial team went 1-15, but Johnson rebuilt the roster -- including trading star running back Herschel Walker to Minnesota for a slew of draft picks and players who were converted into draft choices. That deal is considered among the most one-sided in sports history, and it netted, among others, the draft pick that brought Emmitt Smith to Dallas.

Johnson left the Cowboys after the back-to-back championships for the 1992 and '93 seasons in a dispute with Jones. But the roster he built, under his college rival Barry Switzer, won the 1995 NFL crown, too.

"When you really put everything you have into something, it's nice when you're recognized by others saying, 'Hey, we appreciate what you did,'" Johnson said.

Johnson's quarterback, Troy Aikman, also choked up as he watched from the booth in Green Bay.

"I talked to him earlier before it was even announced that he was going in. I knew he was a finalist but I said that he deserved to be in it. And not only did he deserve to be in it but he deserved to be in before anyone else was in it from that group. And I know I speak for Emmitt Smith, Michael Irvin and so many other guys that were part of those championship teams and what we benefitted from. It's because of Jimmy Johnson," Aikman said.

Jones has yet to induct Johnson into the Cowboys Ring of Honor. He released a statement Sunday, though, congratulating Johnson and calling him a great coach.

Johnson will be part of a centennial class that was chosen on Wednesday by a special committee. Former Pittsburgh Steelers coach Bill Cowher was revealed Saturday night as the other coach being inducted in August.