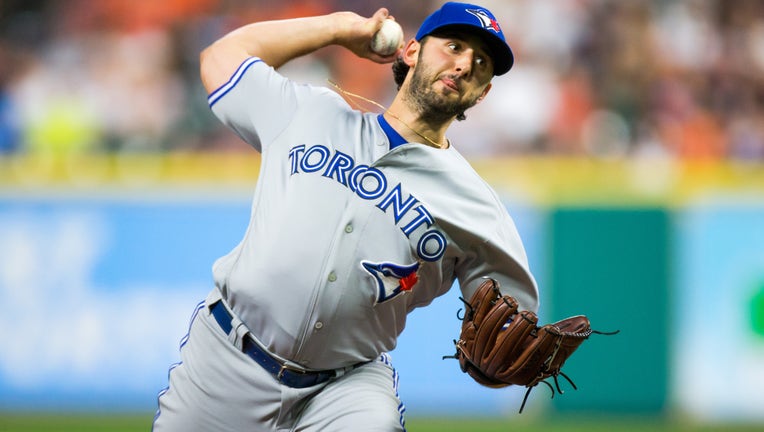 A former Major League Baseball pitcher reportedly filed a lawsuit against the Houston Astros accusing the organization of unfair business practices in wake of the team’s cheating scandal.

Mike Bolsinger, who last pitched in the majors in 2017 for the Toronto Blue Jays, filed a lawsuit in Los Angeles Superior Court on Monday, USA Today reported. He also accused the team of negligence and intentional interference with contractual and economic relations.

Bolsinger last pitched in the majors against the Astros – during the same year the team concocted a scheme to steal signs from opposing teams and alerted their own batters when an off-speed pitch was coming. In that Aug. 4 game, he lasted 1/3 of an inning, allowed four runs on four hits and a home run.

He told USA Today that he remembers pondering whether the Astros knew what was coming.

Bolsinger was demoted to the minors after that game and never found himself in the majors again. According to a website that tracked which games had the most bangs on the trash can the team used, Bolsinger’s game had 54 total bangs.

The right-handed pitcher is seeking unspecified damages. According to USA Today, he wants the Astros to pay about $31 million in bonuses from their 2017 World Series victory to children charities in Los Angeles and to start a fund for retired players who need financial assistance.

Bolsinger last pitched in Japan. He had a 3.87 ERA in two seasons.

“I don’t think the punishment has fit the crime,” Bolsinger said of the fallout from MLB’s punishment which saw three managers and a general manager lose their jobs while no player who was on the team received any type of discipline. “And let’s be honest, all these guys are going to get managing jobs again. … Guys like us that were cheated? I don’t have a job. I’m not playing.”