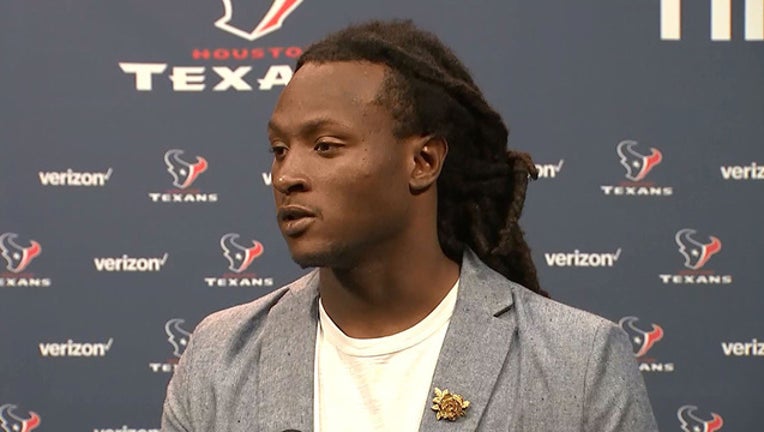 According to league rules, Hopkins will be fined $40,000 a day while he is not in camp.

He has two years left on his contract.

The Texans typically do not renegotiate deals with more than one year left.

“We are disappointed DeAndre has elected not to report to training camp with the rest of his teammates," Smith said in his statement. "He has expressed his position regarding his contract status, and we have been clear with both he and his representatives of ours.

"Our focus is on the 2016 season and all of our collective efforts and attention with be centered on that endeavor.”

Hopkins, 24, has not missed a regular season game with the Texans since he began his NFL career in 2013. He has also started in all those games.

During the 2015 season, Hopkins was third overall in the NFL in receiving yards with 1,521 and in receptions with 111. He also scored 11 touchdowns.

The Texans announced they have officially placed Hopkins on the Reserve/did not report list.