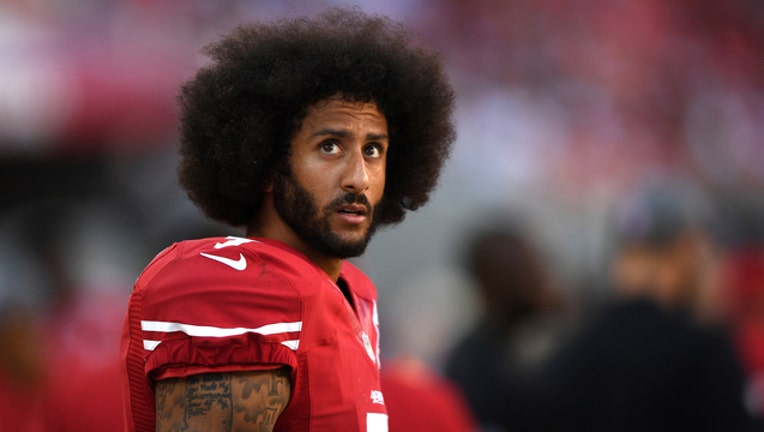 Colin Kaepernick #7 of the San Francisco 49ers looks on from the sidelines during their NFL game against the Tampa Bay Buccaneers at Levi's Stadium on October 23, 2016 in Santa Clara, California. (Photo by Thearon W. Henderson/Getty Images)

(FOX NEWS) - A knee helped derail Colin Kaepernick's NFL career — could a knee also be the reason he gets a second chance?

San Francisco 49ers fans were heartbroken Sunday as Jimmy Garoppolo, their prized $137 million quarterback, went down with a knee injury during a game against the Kansas City Chiefs. The team fears he could be lost for the season.

While the team has tapped C.J. Beathard to be Garoppolo’s replacement for the foreseeable future, fans – and even a free agent cornerback – took to social media to campaign for the organization to bring back Kaepernick, the team's quarterback from 2011-2016.

“49ers better call @Kaepernick7,” free agent cornerback Marcus Cromartie tweeted along with a photo of him and Kaepernick together in a San Francisco uniform.