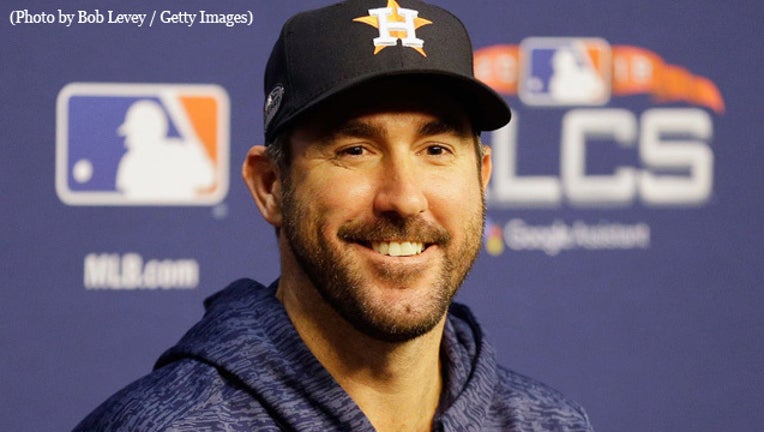 Justin Verlander #35 of the Houston Astros talks with the media during a press conference before Game Four of the American League Championship Series against the Boston Red Sox at Minute Maid Park on October 17, 2018 (Photo by Bob Levey/Getty Images)

Astros pitcher Justin Verlander has been named a finalist for the 2018 American League Cy Young Award.