A June 24-30 survey showed 25.5 percent of respondents aged 18-24 years had seriously considered suicide in the past month.

The number of suicide attempts amid the COVID-19 pandemic increased 31% among adolescents and especially among females, according to a weekly morbidity and mortality report released Friday by the U.S. Centers for Disease Control and Prevention. 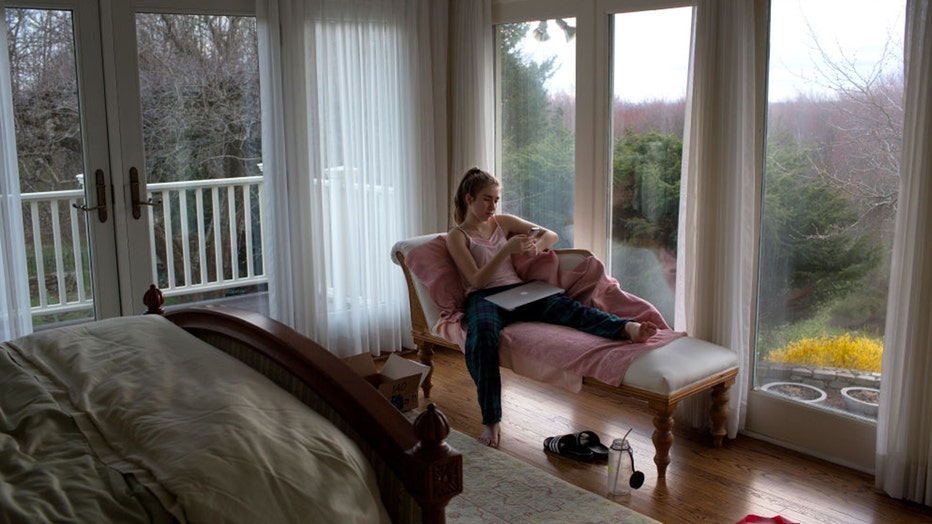 FILE - Teenagers unable to attend school or meet with friends because of the COVID-19 pandemic, try to entertain themselves on April 11, 2020 in the suburban town of New Canaan, CT.

"Among adolescents aged 12–17 years, mean weekly number of ED visits for suspected suicide attempts were 22.3% higher during summer 2020 and 39.1% higher during winter 2021 than during the corresponding periods in 2019," the CDC said.

And of the 31% who attempted suicide, more than 50% were young girls, while a little over 3% were among boys.

Previous studies have shown that adolescent females were among the demographic for growing suicide attempts as compared to their male counterparts, the CDC noted.

"However, the findings from this study suggest more severe distress among young females than has been identified in previous reports during the pandemic, reinforcing the need for increased attention to, and prevention for, this population," the CDC said.

While the data collected shows a troubling trend among female adolescents, the CDC pointed out while suicide attempts have increased and continue to increase among this demographic, it does not mean deaths by suicide have increased.

"Provisional mortality data found an overall decrease in the age-adjusted suicide rate from quarter 3 (July–September) of 2019 to quarter 3 of 2020," according to the CDC.

The decrease coincides with one of the largest drops in death by suicide since 2015.

Spring of 2020 actually saw the year's most dramatic decline in suicide numbers, said the CDC's Farida Ahmad, the lead author of a March 2021 report in the Journal of the American Medical Association that detailed the decline.

Suicide had been the nation's 10th leading cause of death, but dropped to 11th in 2020. That was mainly due to the arrival of COVID-19, which killed at least 345,000 Americans and became the nation's No. 3 killer. But the decline in suicide deaths also contributed to the ranking fall.

Meanwhile, much of the recent increase in attempts in adolescents is due much in part to the COVID-19 pandemic as states were forced to implement rigid preventative health guidelines such as social distancing.

"Young persons might represent a group at high risk because they might have been particularly affected by mitigation measures, such as physical distancing (including a lack of connectedness to schools, teachers, and peers); barriers to mental health treatment; increases in substance use; and anxiety about family health and economic problems, which are all risk factors for suicide," the CDC said.

The agency said preventing this upward trend in suicide attempts among young people is going to be a collaborative effort among parents, schools and public health departments that prioritize mental health.

Allowing access to mental health services, mitigating adverse childhood experiences and limit access to lethal means such as safe storage for firearms and medication, could help combat the troubling trend.

"Widely implementing these comprehensive prevention strategies across the United States, including adapting these strategies during times of infrastructure disruption, such as during the pandemic, can contribute to healthy development and prevent suicide among young persons," the CDC said.