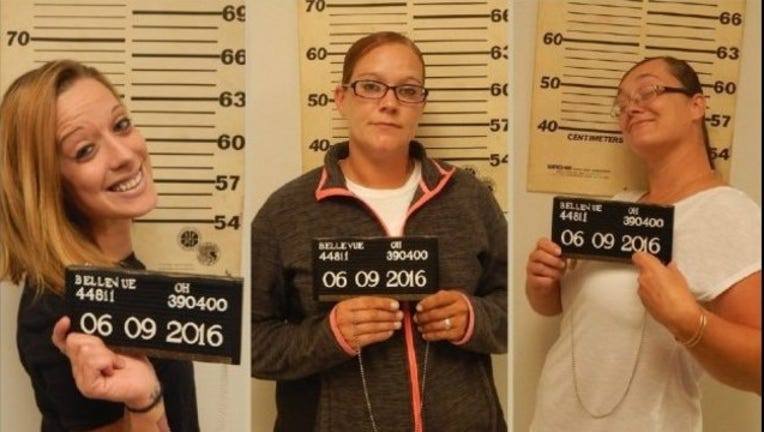 BELLEVUE, OH (FOX 11) - Three women were arrested after they allegedly assaulted a McDonald's employee because she was working too slowly.

Two of the women appear to be smiling in their booking photos.

According to police, the incident happened June 8 at a McDonald's in Bellevue, Ohio. The female employee was attacked in the parking lot after the women thought she wasn't serving them quickly enough.

Police said their children were present with them and the children also participated in the incident.

Whaley was also charged with assault.