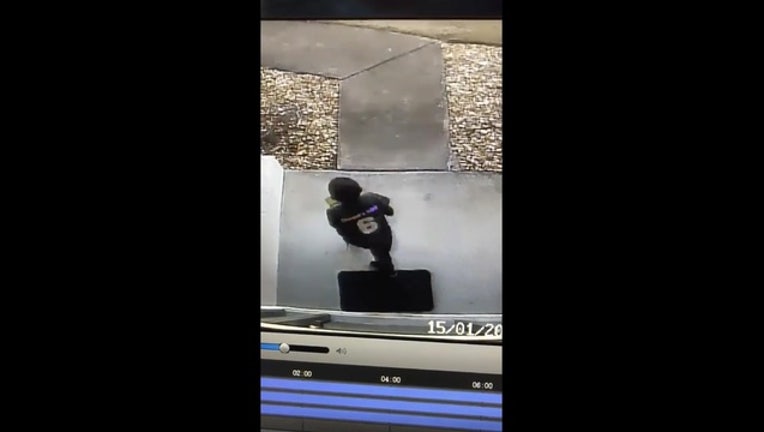 VOLUSIA COUNTY, FL - Florida police arrested a woman after a six-year-old boy was caught on security cameras on Monday, January 15, stealing a package from a doorway as she allegedly waited in the car.

Volusia County Sheriff’s Office said they were able to use security camera footage to track down Santana Lindsey, 20, of Deltona, and arrest her on Wednesday. She was charged with principal to burglary, child neglect and contributing to the delinquency of a minor. She was taken to the Volusia County Branch Jail on $5,500 bond.

The sheriff’s office said the video allowed detectives to search for the car’s license plate number and track down Lindsey, whom they say routinely cares for a six-year-old child.

The stolen package was recovered and returned to its owner.