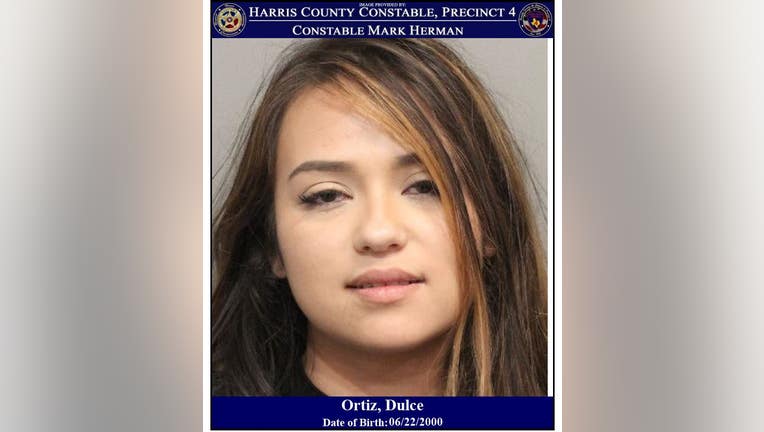 SPRING, Texas - Authorities say a woman trying to get out of being placed in jail made her situation worse by trying to bribe an office with "sexual acts and cash."

It all started when deputies with Harris County Constable, Precinct 4 were called out to a crash in the 5900 block of James C Leo Dr. in Spring, Texas. Witnesses told responding officers they saw a woman hit a curb with her car before driving over a flowerbed, causing damage to a sign, and running away.

The witness also said shortly after the crash, a man arrived before police got to the scene and according to authorities, "attempted to take the blame." That's when the woman, identified by Pct. 4 constable deputies as Dulce Ortiz, 21, who showed "several signs of intoxication" arrived.

Authorities say Ortiz was "in fact the driver who wrecked the vehicle."

Initially, the Harris County District Attorney's Office accepted the charges for Failure to Stop and Give Information. That changed on the way to jail when officials say Ortiz "attempted to bribe the male deputy by offering sexual acts and cash in exchange to be let go."

The 21-year-old was booked into Harris County Jail and charged with felony Bribery. Her bond was not set, as of this writing.