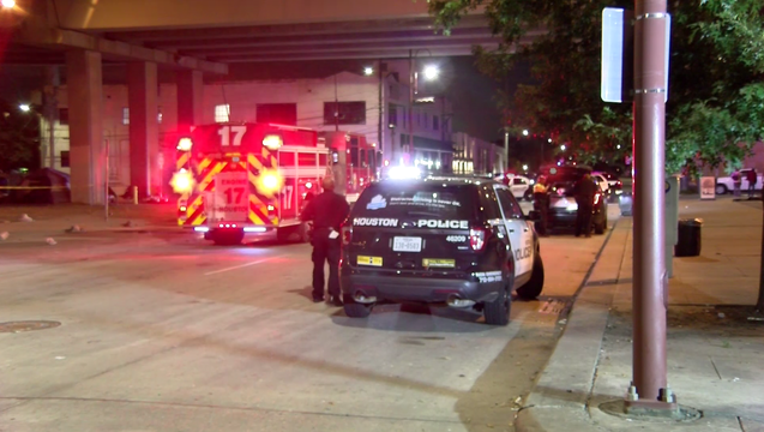 Police are investigating after a woman was shot and killed at a homeless camp near downtown Houston.

Police responded to a shooting near Commerce and Hamilton around 9 p.m. Officers found a woman dead in a tent.

Police are checking surveillance cameras in the area. Police say a man was seen running from the area.