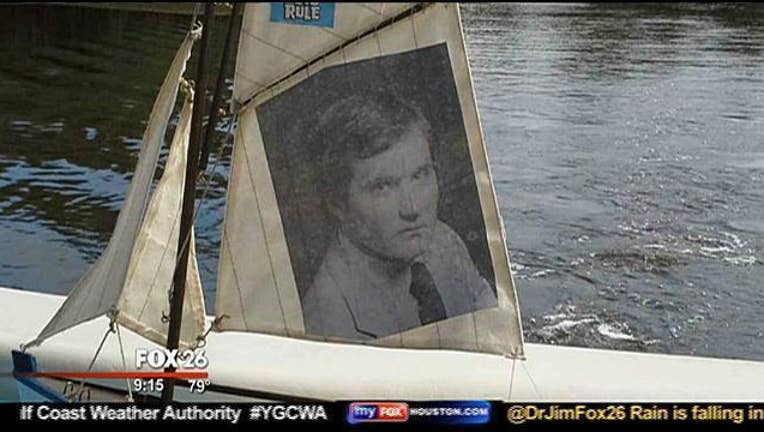 MYFOXHOUSTON - “We were going to get married on Thanksgiving at Lake Sommerville,” Karen Pearson said. “That’s when he got real sick and that’s when we went to the hospital.”

Being diagnosed with colon cancer wasn’t going to stop Scott and Karen Pearson from saying I do.

They got married at St. Lukes Hospital.

“I could hold it and hug him,” Pearson said. “He didn’t want to be buried.”

Scott and his brother Lee died within 6 months of each other.

Last week Pearson went to her daughter’s place at the Dakota Lofts downtown the night before she was to fly to Florida with Scott’s ashes.

“I did everything right to plan to take him back to his home to his mother and be buried with his brother,” Pearson said.

But a thief busted the rear passenger window of her truck and stole two pieces of luggage just like this one but only smaller.

Pearson’s initial reaction when she realized the urn was gone?

“Please I beg of you whoever took it I don’t care about anything but the small bag that has his ashes in it,” Pearson said.