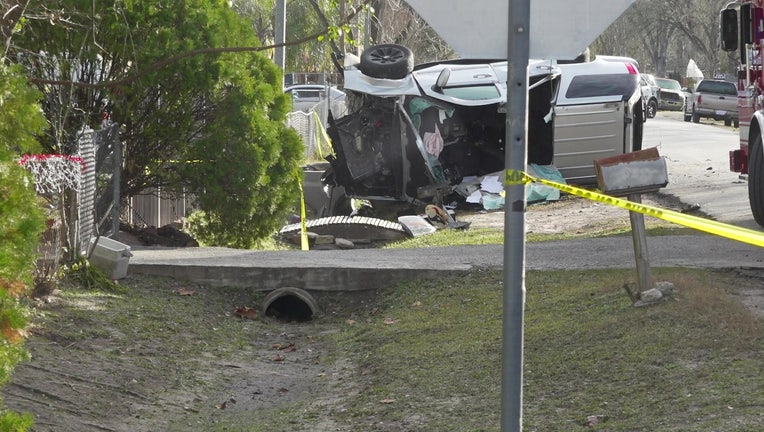 HOUSTON - One woman is dead following an early morning crash in North Houston on Sunday morning.

Authorities said the crash occurred on the 6000 block of Glen Lee Drive around 5:45 a.m.

Police said when they arrived on the scene, they found a single vehicle accident at the location with two people inside.

A woman, who was a passenger in the vehicle, was pronounced dead on the scene.

An adult male driver was taken to the hospital for evaluation and being tested for DWI.

Police said an initial investigation revealed the two were heading home after leaving a family gathering.

The driver failed to maintain a single lane and crashed into a ditch, causing the vehicle to roll on its side, police said.