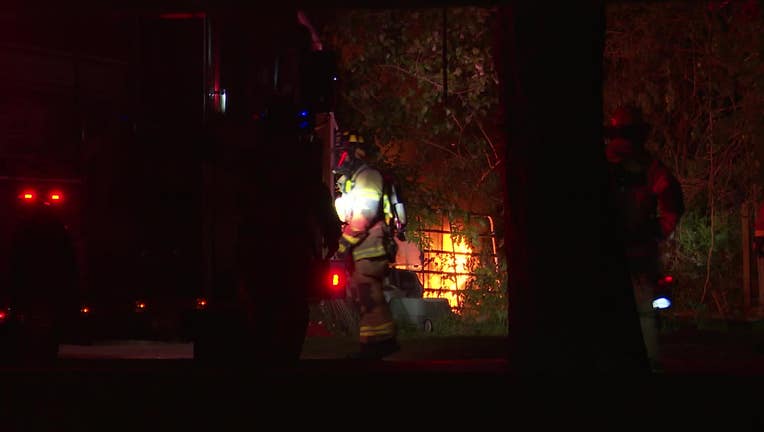 The Houston Fire Department battles a fire on Bunte.

HOUSTON - Police say a woman was found dead after a travel trailer fire in northeast Houston.

Firefighters responded to the scene around 1:30 a.m. Wednesday in the 5400 block of Bunte.

Authorities say they found a small travel trailer on fire at the back of the property.

After the fire was extinguished, a person was found dead in the trailer.

Police say the person is believed to be a woman, but she has not been identified.

According to police, a man who is allowed to stay at the property apparently met a woman that night and offered her a place to get out of the cold.

Police say the man was not on the property at the time of the fire.

The medical examiner will determine the woman’s cause of death. Anyone with information on her identity is asked to call police.