An Ohio woman says a stranger tried to set fire to her home, and a surveillance camera captured the attempt.

CINCINNATI - Brionna Johnson has never met Amber Hamilton, but now knows enough about her, after Hamilton allegedly tried to set Johnson’s home on fire on Oct. 11.

Johnson, who lives in Cincinnati, said she received an alert about a similar crime in her neighborhood. After that, she checked her home surveillance camera and found the security footage.

The video footage showed a woman walking up to Johnson’s home with a plastic skeleton. She jiggled the front doorknob, unable to open it. She then retrieved what appeared to be a newspaper and tried to set it on fire with a lighter. After the fire wouldn’t ignite, the suspected arsonist stuffed the partially charred paper inside Johnson’s mailbox and walked off.

Johnson told FOX19 NOW that she was shocked someone would try to set her home on fire. She said her 4-year-old sister hasn’t been eating and was scared to go to school after what happened.

“We were actually shocked and scared when we actually seen it,” Johnson said.

Police later arrested Hamilton on a bench near Johnson’s home.

Authorities charged Hamilton with criminal damaging and arson. She remains in the Hamilton County Justice Center on a $100,000 bond and is expected in court later this month.

Officials say Hamilton could face further charges as authorities believe this isn’t the only time Hamilton played with fire. 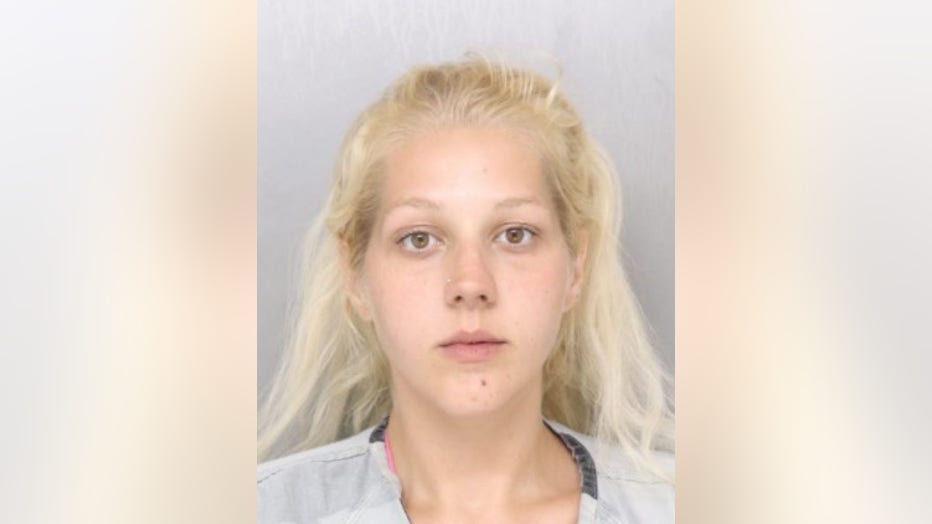 Court documents say that Hamilton committed a number of other crimes on the same date – including setting a car on fire.

Police believe Hamilton also set a car on fire in Johnson’s neighborhood that same day. Court documents allege Hamilton put a piece of plastic on the vehicle’s gas cap and ignited it.

Storyful contributed to this story. This story was written from Los Angeles.