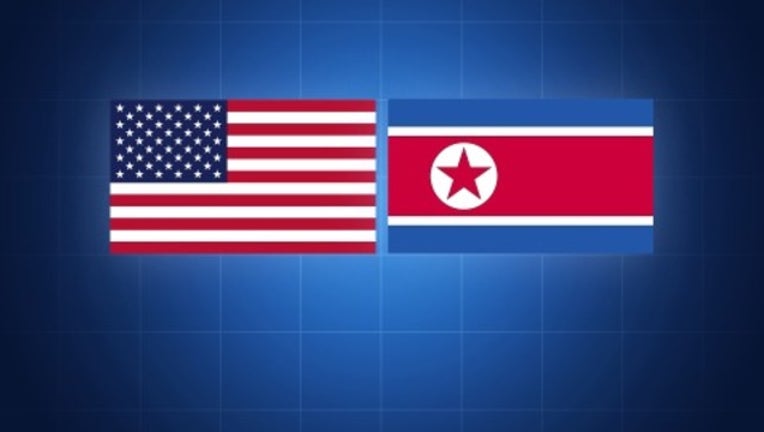 WASHINGTON (AP) - President Donald Trump has received a request from North Korean leader Kim Jong Un for a follow-up to their historic June summit, and planning is in motion to make it happen.

Trump had told reporters last week that he was expecting a letter from Kim. Sanders said Trump has received the letter, which she described as "very warm, very positive." The White House will not release the full letter unless Kim agrees it should be made public, she said.

"The primary purpose of the letter was to request and look to schedule another meeting with the president, which we are open to and are already in the process of coordinating that," Sanders said at her first press briefing in nearly three weeks. She cited the letter as "further evidence of progress" in relations between the leaders.

Relations between Trump and Kim have seemed to ebb and flow since Trump became the first sitting U.S. president to meet a North Korean leader. Their historic, one-day summit in June in Singapore was held to discuss denuclearizing the Korean Peninsula, and Trump emerged from their talks full of praise for the authoritarian Kim.

Trump recently called off a planned visit by Secretary of State Mike Pompeo to North Korea, citing lack of progress toward eliminating its nuclear arsenal.

But on Sunday, the president offered fresh praise for Kim following a North Korean military parade that, unlike past parades, downplayed the missiles and nuclear weapons that brought North Korea to the brink of military conflict with the United States just a year ago.

"This is a big and very positive statement from North Korea," Trump tweeted Sunday about the parade. "Thank you To Chairman Kim. We will both prove everyone wrong! There is nothing like good dialogue from two people that like each other! Much better than before I took office."

Sanders also cited the parade in her comments Monday.

"The recent parade in North Korea, for once, was not about their nuclear arsenal," she said, characterizing the event as "a sign of good faith." Trump, she said, had achieved "tremendous success" with his policies so far toward North Korea "and this letter was further evidence of progress in that relationship."

Sanders cited this year's return of Americans who had been detained in North Korea, along with North Korea's decision to repatriate scores of human remains believed to be those of American troops who went missing during the Korean War. Trump also cited the fact that North Korea has not tested a ballistic missile or nuclear material in many months.

But although North Korea has destroyed at least parts of its nuclear test site, and says it has dismantled a missile engine test site, it has yet to declare the contents of its atomic arsenal or take concrete steps to end its weapons program. Last month, the U.N. atomic watchdog said it had "grave concern" about the continuation and development of North Korea's nuclear program.