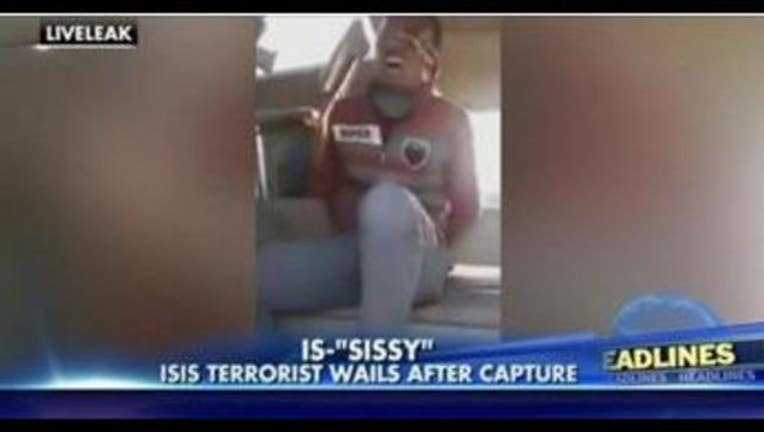 It turns out that ISIS terrorists aren't as tough as you might think.

Dressed in civilian clothing, the prisoner appears to have his hands bound behind his back and his eyes covered with a makeshift blindfold as he sits in the back of an armored truck.

The Kurdish forces appear to be unsympathetic as the prisoner moans loudly as he waits to be taken away.

The footage was first uploaded last December but has since re-emerged, attracting plenty of comments on social media.