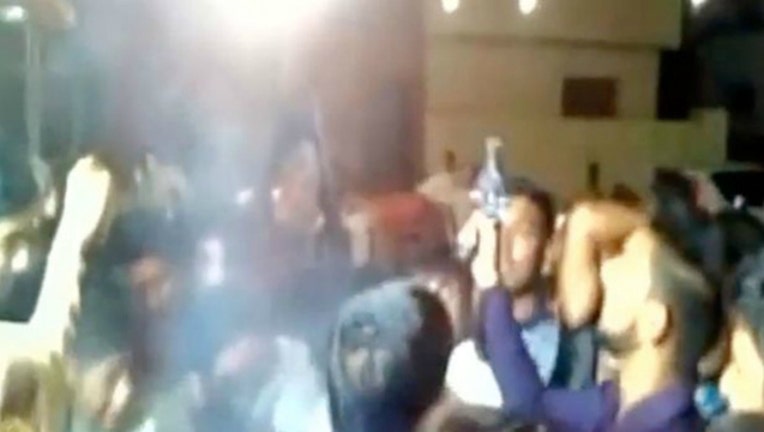 A joyful celebration quickly turned into panic when a wedding guest shot the groom in the head, apparently by mistake, in an incident caught on video.

Fortunately, the groom survived, but was seriously hurt. Officials called off Thursday's wedding ceremony in northern India before it could finish, ANI reports.

The video showed the groom falling to the ground in a cloud of smoke after the shot rang out. Celebratory gunfire at weddings is banned in India, according to the Hindustan Times.

The dramatic scene unfolded in the city of Hisar, 100 miles northwest of New Delhi. Police said they would launch an investigation based on the information they received from the groom's father.

Warning: Video below may be considered disturbing.