A Florida Chick-fil-A worker is being hailed a hero after video shows him tackling a man who allegedly tried to carjack a woman with a baby.

FORT WALTON BEACH, Fla. - A Florida Chick-fil-A employee is being hailed a hero after tackling a carjacker outside the restaurant and rescuing a woman and her baby.

Deputies say this happened at a location in Fort Walton Beach, Florida on Wednesday.

According to the Okaloosa County Sheriff's Office, the victim was getting her baby out of her car at the Chick-fil-A on Beal Parkway when she says 43-year-old William Branch approached her wielding a stick and demanding her keys.

He then allegedly grabbed the keys from the waistband of her pants, opened her car door, and got inside.

"When the victim began screaming for help, an employee at Chick-fil-A ran to intervene." 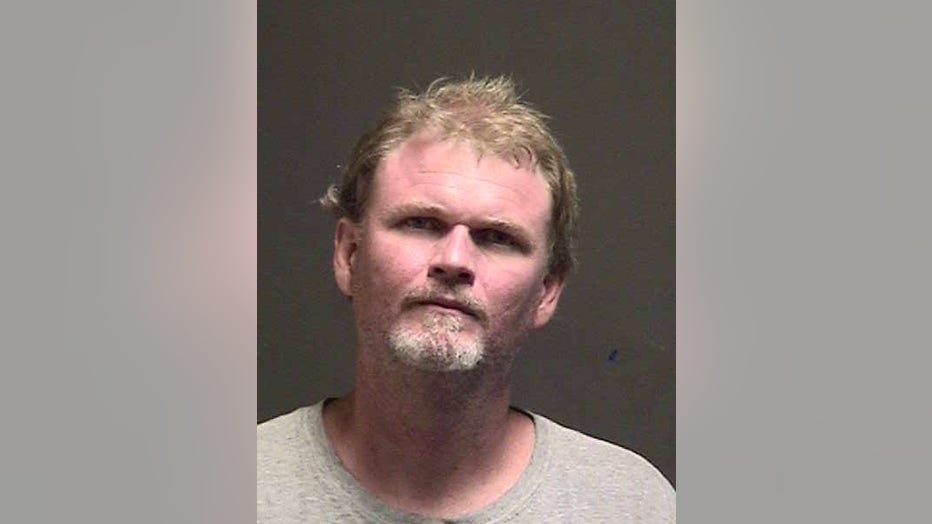 In video by Molly Kelner, the worker can be seen jumping on the suspect and wrestling the man as the woman stands by holding the child. Despite being punched in the face, the young worker continued to wrestle Branch.

A bystander then shouts: "She had a baby in her hands, how dare you! How dare you scare her like that!"

Kelner told Storyful that the suspect was escorted out of the Chick-fil-A "by a manager". She said he then "turned around and started running toward this woman right after he was kicked out." She said he tried to get her car keys, but "wasn’t trying to hit her."

The sheriff's office applauded the employee in a Facebook post. "A major shout-out to this young man for his courage!"

On Thursday, Okaloosa County Sheriff Eric Aden paid a visit to the restaurant to thank the employee, later identified as Thomas "Mykel" Gordon, for his quick actions in stopping the carjacking. 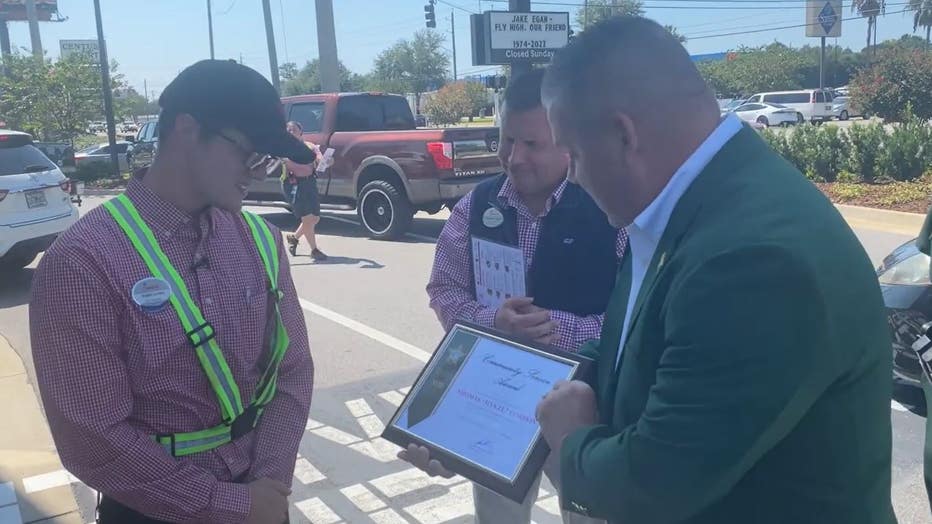 "I want to give you our challenge coin," Aden said shortly before presenting Gordon with a Community Service Award.

Thank you so much," Gordon said after receiving the award. "If you ever hear a call for help, just know I'll be there first," he jokingly added.