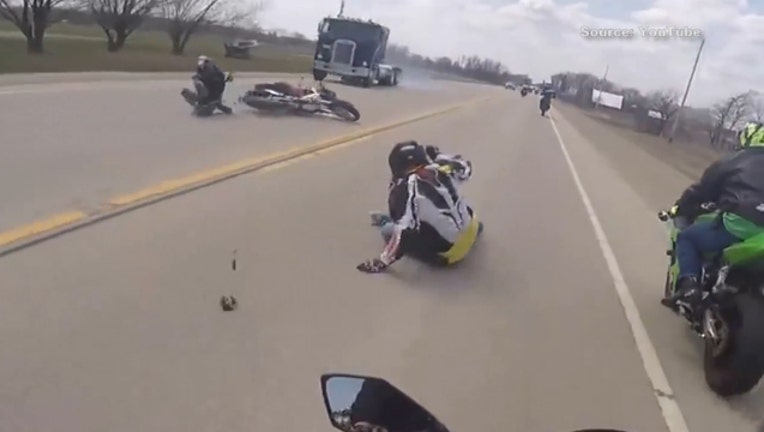 The heart-stopping moment two motorcyclists came within inches of death was captured in dramatic helmet cam footage. The first video shows a dog dart in front of a motorcycle on the highway. The bike slams into the animal, causing the rider to lose control and wipe out.

A second biker behind him also falls as a result, narrowly diving out of the way as a semi-truck barrels down on him from the other lane. Another angle, filmed from behind the crash, shows just how amazing the second man's escape was.

After falling from his motorcycle and sliding along the ground, the quick-thinking, ninja-like biker manages to agilely dive out of the way of the truck, avoiding certain death by mere inches. The first rider appears to be the most badly injured. He can be heard wailing in pain while his friends dial 911 for help.

Authorities have said this incident goes to show how dangerous motorcycles can be and just how important it is to remain aware at all times.