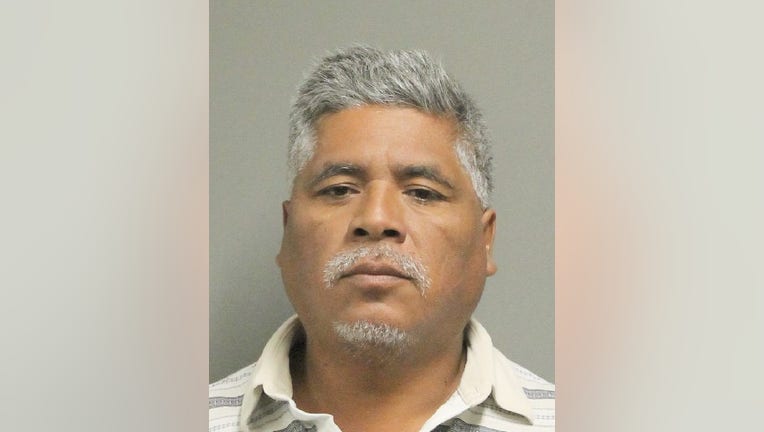 RICHMOND, Texas - Authorities are asking for the pubic's help in finding a man accused of killing his wife.

Rosenberg officers responded to a physical disturbance in the 800 block of San Jacinto Street on Wednesday around 10:00 p.m. They found a woman who had been attacked by her estranged husband. Tragically, she later died.

It is believed that Maldonado made threats in the days leading up to the attack and has made similar threats against other family members too.

Witnesses told authorities that the suspect fled the scene in a red 2016 Chevrolet 2500 truck with a paper license plate: 66503A8.

Officials say the truck was later found abandoned in Columbus, Texas. Maldonado allegedly has family or friends in Central Texas.

Authorities are now searching for the suspect and are encouraging anyone with information regarding his destination or location to step forward.

Anyone with information about a crime is encouraged to contact Fort Bend County Crime Stoppers at 281-342-TIPS (8477). You can also submit tips online. Information leading to the apprehension and filing of charges on the suspect(s) involved, could earn you up to a $5,000.00 cash reward. All calls to Crime Stoppers are anonymous.