Police are searching for a man who allegedly assaulted a woman who was pumping gas at a station in Gardena in an apparent random attack.

GARDENA, Calif. - Officers are investigating after a woman was severely beaten while pumping gas in a seemingly random attack at a gas station in Gardena.

The entire violent incident was seen on surveillance footage.

As of Friday night, LASD Century Station says a person, they believe to be the suspect, has been detained in Long Beach. No other information has been given.

The Los Angeles County Sheriff’s Department said they received a call from a gas station located in the 500 block of Rosecrans Avenue at 7:10 p.m. on Sunday, May 30.

The victim's statement matched was seen on video.

Officers are searching for the man who violently beat a woman at a gas station in Gardena.

The victim stated that while she was pumping gas, the suspect drove into the parking lot and parked directly in front of her vehicle. The suspect then calmly got out of his vehicle, walked toward her, and punched her. The department said she was punched so hard, she fell to the ground and that the suspect continued to punch her in the head and face. 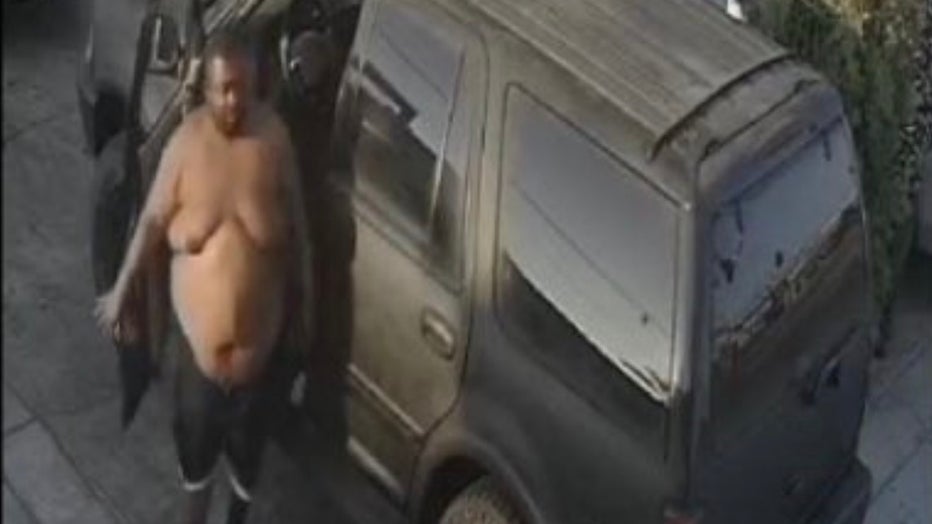 While she was down, the suspect grabbed her hair, slammed her head against the car and against the pavement multiple times. Following the gruesome attack, he got back into the car and drove away.

The video also shows multiple onlookers watched the incident and did not step in to help.

The victim said she did not know the suspect and that he did not take any of her personal belongings.

Her injuries from the attack were so severe, she was taken to a local hospital. She has since been released and continues to recover at home.

The name of the victim has not been released.

According to the sheriff’s department, another woman came forward to authorities after seeing the video. The woman reported to deputies that she was attacked on May 29th in the area of Rosecrans and Avalon in Willowbrook. The 63-year-old woman suffered some minor injuries.